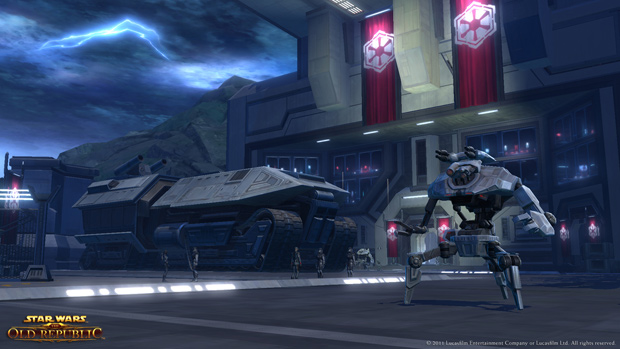 Quite a bit has been written about Star Wars: The Old Republic, BioWare’s upcoming MMO. So, here’s more writing. The latest is that EA, the game’s publisher, says that it will be profitable with only 500,000 subscribers. If all the planets align and they’re able to nab 1 million subscriber, whew! Swimming in money.

The question becomes, will they even get that many subscribers? The game has been subject to rumor after salacious rumor—at its conference call yesterday, EA said that it “chuckles” at some of those rumors—detailing a chaotic development, incompetent management, and all sorts of other tales of intrigue. EA did admit that the game is incurring “significant” development costs, but that can quickly be made back at $10 per month per subscriber.

The game was recently pushed back to September. Oh, dear.