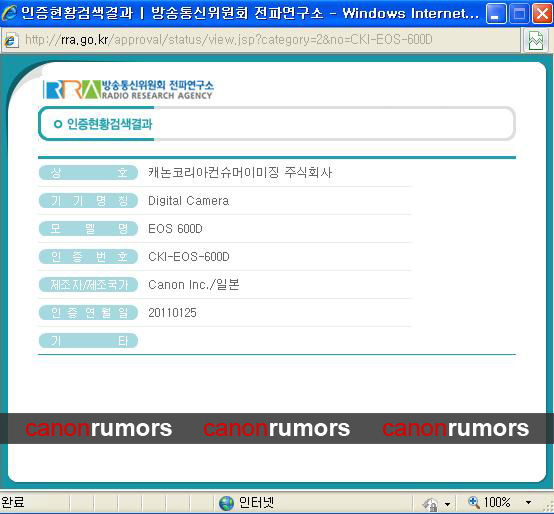 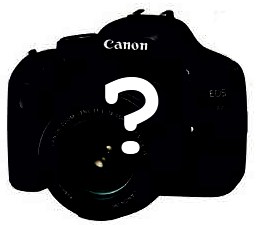 We heard a while back that Canon might be doing a serious refresh of its lineup soon, and that the most likely place would be the CP+ photo show in Japan coming up in about a week. I’d say 2011 will likely be a shake-up year for Canon, but don’t expect them to roll everything out at once. A new compact DSLR is certainly due, though; the T2i came out about a year back.

Which is why this listing at a Korean regulatory agency seems timely. But while the agency listing it is Korea’s “Radio Research Agency,” that doesn’t imply something like wi-fi built in. The agency has listed items in the past, probably just as a certification that they don’t emit any harmful radiation.

At any rate, we’ll keep you informed.