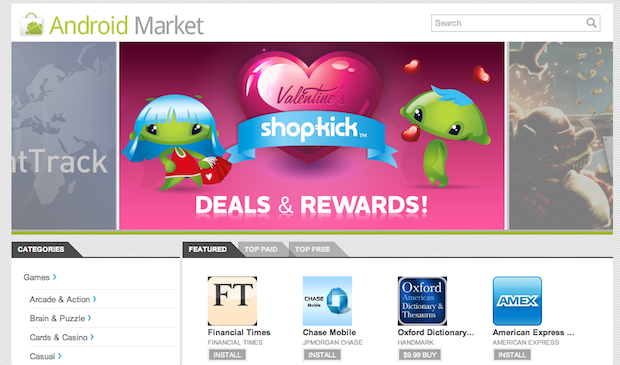 Today at their Mountain View headquarters, Google held an event to show off Honeycomb, the latest version of the Android operating system. After some demos of the OS itself, Android engineering director Chris Yerga took the stage to show off a big new feature: the Android Market Webstore. Yep, the Market just hit the web. Finally. And it’s already live. Find it here.

Yerga notes that up until know, the only way to find and install apps was via the Market on your phone. But now users can simply go to their browser. And it’s more seamless than something like the iTunes native app because when you select an app, it can be set up to download automatically to your Android device. “There’s no wires, no syncing with computers. None of that sort of nonsense. Everything is connected,” Yerga says.

There’s also a social element in that users can email links to the Market to one another. And you can easily share links to apps on Twitter.

The new web version of the Market also features better filters for finding apps. And there’s a nice device and app manager.

Update: As numerous people have pointed out in the comments and on Twitter, while the Market itself is live, you cannot sign-in. I just tried as well — no luck. So, it’s more like live-ish.

Update 2: And now the Market appears to be fully live. You can sign-in and see your app downloads, and manage your account. 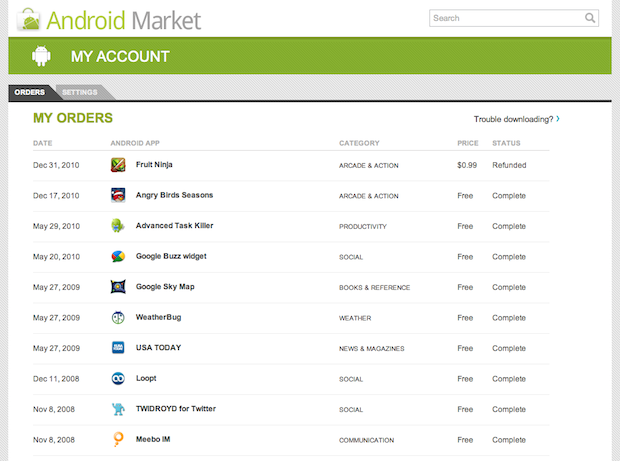 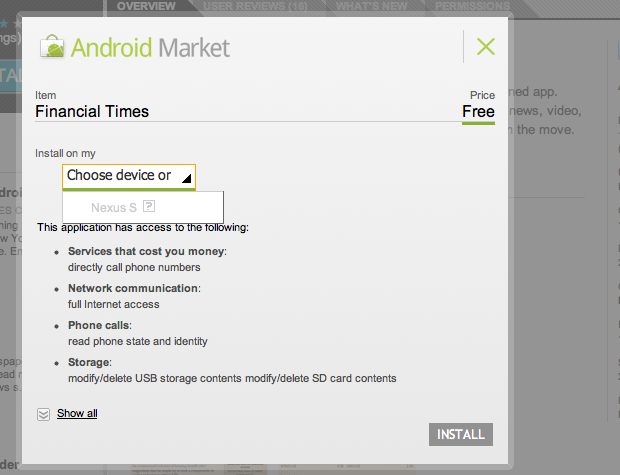