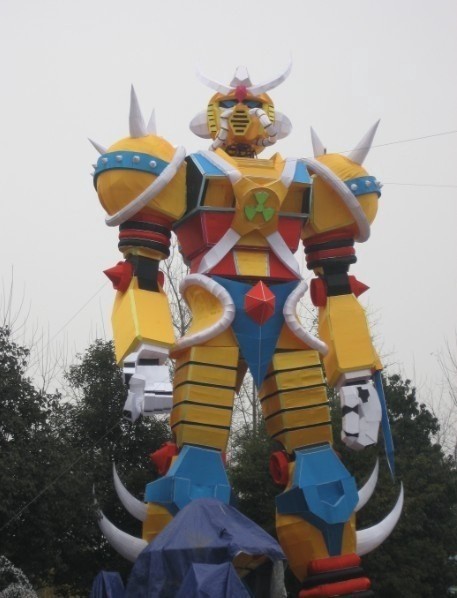 Do you remember the embarrassingly ugly and uncool Chinese copy of the awesome Gundam statue Bandai erected in Tokyo and later in Shizuoka? The rip-off caused such a splash that mass media in Japan (and the world) started reporting about it, which then made the Chinese theme park responsible remove their statue for a while.

In fact, it was reported that Bandai in Japan took some legal action, too. Well, a few weeks passed, and the copy is now back again – and it’s even uglier than before.

See the picture above for the new version. The original and the copy, as it looked back in December, are pictured below. 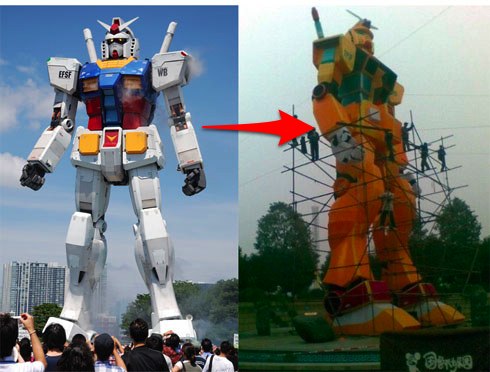