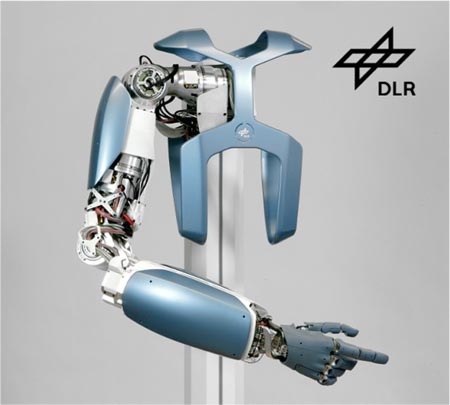 We’re one step closer to the Robocalypse: a team of researchers at German Aerospace Center (DLR) has developed a robot arm that can absorb violent shocks like a champion. Hitting it with a bat (66G impact) or trying to damage the finger tips with a hammer, for example? No problem.

The hand has five fingers that can be moved independently from each other through a web of 38 wires made of a synthetic fiber called Dyneema and motors on the forearm. 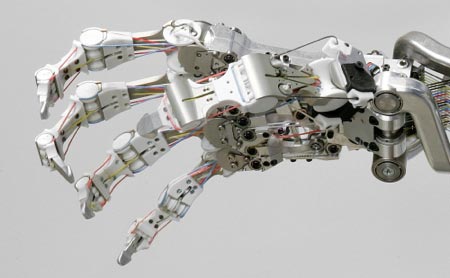 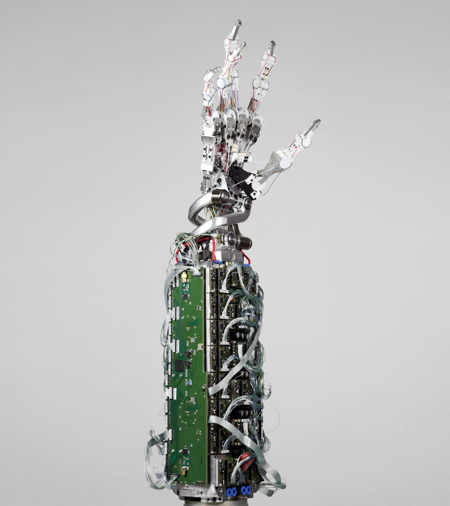 The hand has 19 joints and can exert a force of 30 newtons. It’s designed in a way that it can even snap its fingers. The makers say it could cost up to $137,000 to produce one hand-arm unit.

Watch it in action in the video below:
[youtube=http://www.youtube.com/watch?v=YqmRKqFqiok&w=640&h=390]