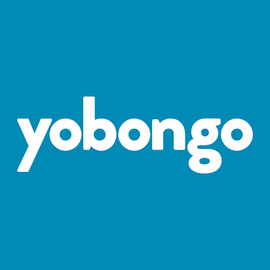 Believe it or not, in the 1990s, it used to be considered fun to go into a chat room on the Internet and talk to complete strangers. We all did it, if only to see what exactly was going on out there. The fundamental idea of being able to connect instantly with anyone around the world is an interesting one. Then spammers, creeps, and weirdos came and ruined everything. This is something Caleb Elston has been thinking about for a while. Finally, this past October, he had fully fleshed out the idea for what he wanted to do, so he left his job as VP of Product at Justin.tv to start Yobongo.

Yobongo is best described as a way to chat in realtime with anyone around you, regardless of whether you know them or not. Currently, this is done via an iPhone app which the service is in the process of testing. It uses the phone’s built-in location sensors to tell where you are, and places you in a room with others around you. The idea is to see what others are talking about, and potentially hop into the conversation yourself.

While Elston realizes this idea will still freak some people out due to the stigma that chat rooms got in the 90s, he thinks a combination of location, simplicity, and real-world identity are the key. And they didn’t go into building Yobongo thinking about chat rooms, instead they envisioned what a mobile communication service would be like if it were built from the ground-up today.

And that’s really the key. “We view it as a communication system rather than a social network,” Elston says. “We’re not competing with Facebook, we’re competing with the telephone, a technology that has worked for 150 years,” he continues. Obviously, that’s a lofty goal. But the best ideas usually start as lofty goals.

When I got a chance to see Yobongo in action, I liked two things immediately: its simplicity and its design. The app isn’t cluttered with buttons or options, you simply load it up and are put into a room in which you can chat with others. And if you decide you want to carry on a one-on-one conversation, you can message someone and establish a connection. This connection continues to exist within the app even as you quit or jump back to the general chat room. And the UI to manage this is very nice.

And the communication layer of the app is very fast. Elston says they’re using a combination of technologies like Node.js and MongoDB to make this all work and scale. Elston notes that as popular as SMS is today, there’s still a delay of up to a minute for each message sent — removing such a long delay was key for them.

So why would you want to use Yobongo? Again, because there is something fundamentally interesting about being able to communicate with those around you and establish new connections. And location is one great piece of context to suggest that you may have something in common with those people. For example, if you’re all at a tech or sporting event, you’re all likely there for a reason pertaining to an interest you have.

Yobongo handles the room sorting behind the scenes. This removes the obstacle of you having to pick a room to join (a big problem with chat room as they grew). If for some reason you don’t like the room you’re placed in, you can leave and they’ll put you in another one, recognizing that. But again, the key is your location. And if you already have connections with others on the service that are around you, Yobongo recognizes that as well.

Elston goes on to say that he’s observed how much of social interaction is already a result of location. For example, your friends are often the people you work the most closely with. It’s just human nature. One part of Yobongo is to switch things up in order to remove the “creepy” concept of chatting with people online.

Again, to be clear, Yobongo is still in its early testing stages. As such, the team isn’t quite ready to open it up to the entire world just yet. Part of the reason is that they’re going to monitor all the accounts being created to make sure they’re legitimate people. They have some tactics for doing this that Elston hopes they can perfect and scale for when they do open the service up. Yes, a part of this authentication is Facebook, but they’re not requiring a Facebook account to sign up.

While the service remains in closed beta, there is a wait list on Yobonogo.com to put your name on. As a special for TechCrunch readers, using this link will get you priority access to the beta, moving you to the front of the line.