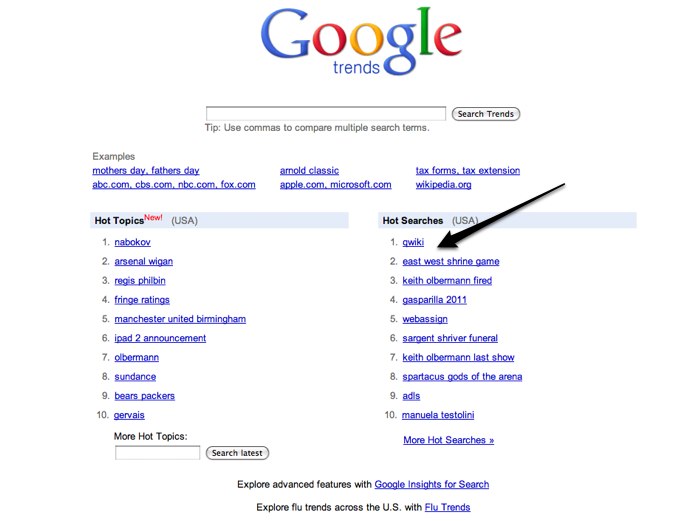 Buoyed by news that early Facebook co-founder Eduardo Saverin led an $8 million investment in the startup, TechCrunch Disrupt winner and visual search startup Qwiki has hit no.1 on Google Trends ‘Hot Searches’ in the U.S. That’s a pretty impressive feat for a startup that was virtually unknown six months ago. And the company is still in private alpha.

What makes Qwiki so compelling is its ability to generate media on the fly that combines text, audio, and animated photos. It presents information in a highly visual way, assembling photos and spoken text from Wikipedia and other sources to create visual guides to millions of topics. The startup’s technology is no doubt disruptive and could become a completely new way in which we consume information.

Qwiki is planning to launch an iPad app, which is in the works.

Below is a video of Qwiki’s first demo at Disrupt.