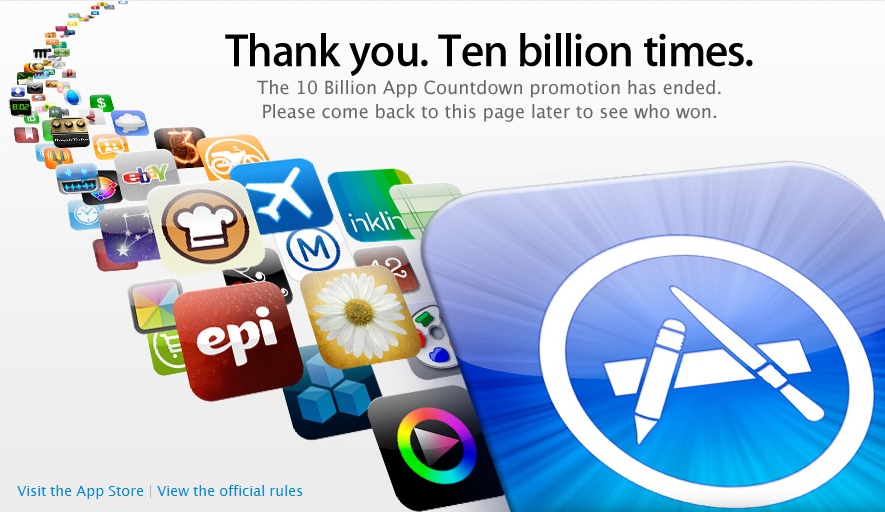 Here we are. Apple has just announced on this promotion page that there have been 10 billion downloads from its App Store since its inception.

It’s a huge milestone in the life of the App Store, which lets people downloads games and software programs for their iPhones, iPod Touches, and iPads (lots of those out there).

Apple says it will soon announce who downloaded the 10 billionth app (or submitted a free entry form at the right time) – he or she will win a US $10,000 iTunes Gift Card.

Also check out: In The Race To 10 Billion Downloads, Apple Uncovers The Top All-Time Apps and Mobile App Market Will Be Worth $25 Billion By 2015 – Apple’s Share: 20%