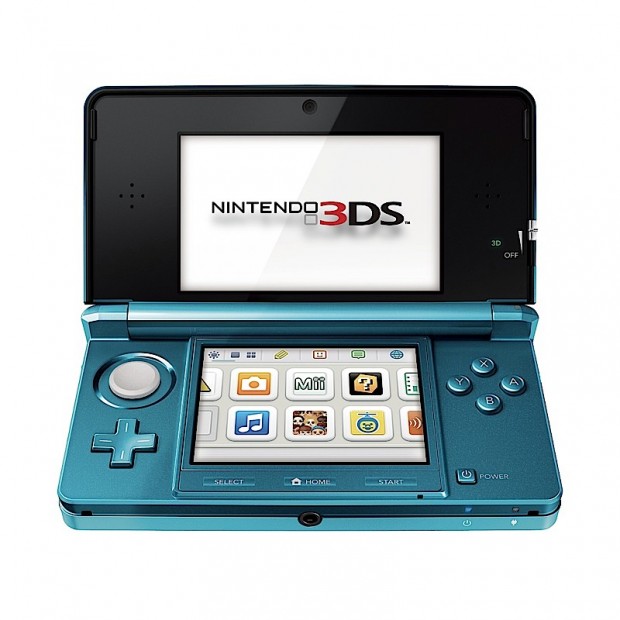 First the good news: Nintendo’s 3DS will hit the US on March 27, 2011 for $249. That’s less than the speculated $299 price and a good deal considering the international 3DS price but still $70 more than the current most expensive Game Boy.  The 3DS comes packaged with a charging dock and a 2GB SD card. Cosmos Black and Aqua Blue are going to be available in North America and Japan at launch.

The 3DS is the next-gen Nintendo DSi. The form factor is the same and it still uses a touchscreen for the bottom screen with a unique glasses-free 3D screen above it. There’s an analog nub above the traditional 4-way pad and the top screen is 10% wider. The 3DS is backwards compatible with DS and DSI games but they’ll just work in boring ol’ 2D. There’s even a Blackberry-ish notification light on the top corner to indicate if data is incoming or outgoing.

Here are the official pictures of the hardware: 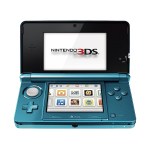 As Reggie Fils-Aime, President and COO of Nintendo of America stated during the 3DS press announcement, the 3DS’s launch support is robust in terms of game support. Pilotwings Resort, Nintendogs + Cats, and Steeldriver will launch alongside the 3DS. Then there’s Zelda, Ocarina of Time 3D, Kid Icarus Uprising, Dead or Alive Dimensions, Pro Evolution Soccer 2011 3D, a new 3D Madden game, and Super Street Fighter IV 3D plus so much more as well. There will be “30+ titles” in the initial launch window of when the system is released and the gaming conference, E3, which happens in June.

Forget cartridges though — well, sort of. The Nintendo e-shop will launch with the 3DS and provide digital downloads of Game Boy and Game Boy color hits. New games will eventually hit the store as well. The outlet will also feature demos and videos of upcoming games. 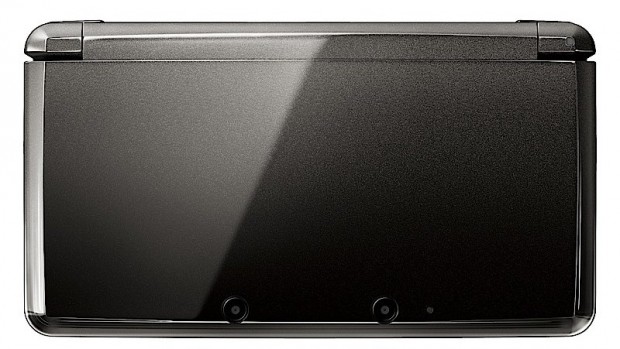 The 3DS just isn’t about gaming, either. The portable system can also playback 3D videos and capture 3D pictures as well. Two outward facing cameras are used for this mode while one inward facing camera captures the gamer in action and allows for a personalized Mii through the Mii Maker app. There’s also a pedometer app for tracking and encouraging movement. A just-announced Internet browser and Home button placed under the touchscreen reaffirms Nintendo is positioning this unit as more than a gaming device.

Nintendo announced the 3DS, although it wasn’t officially named yet, back on March 23, 2010. It kind of came out of no where and most believed that Nintendo was forced to announce it to stem a leak. It wasn’t until E3 2010 in June that the company actually showed it off to the world. They actually paraded demo units out strapped-down to beautiful models at their press conference. We then got to spend a bit a time with the system but only tech demos were loaded onto the systems.

The 3DS’s price and release date were then announced, but only for the Japanese market. Still, the February 26th date lead most to believe that a worldwide launch would then come in March. This of course was just confirmed.

At $249, the 3DS isn’t cheap. But Nintendo is on a streak lately. The Wii sold like a jillion units, and the DS is more popular than Bieber. That doesn’t mean it won’t flop though.

Early reports out of Japan indicated that some people were getting sick looking at the 3D screen and I found that I couldn’t make out the 3D in some of the E3 demos. Plus, it’s rather expensive. Is it going to be the next Virtual Boy? It’s up to you (and your kids).

Update: A hands-on report and more