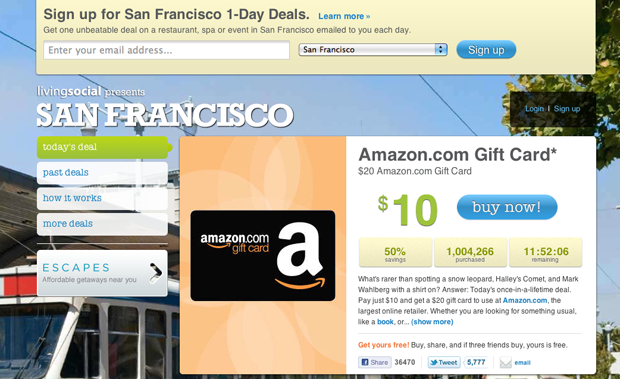 Already this has beat the Groupon/Gap deal which ended in $11 million worth of Groupons sold, and it’s still got a half a day left.

CenterNetworks is keeping an impressively vigilant track of the deal’s milestones, here.