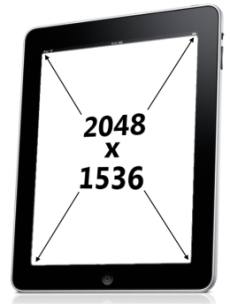 Whether this Digitimes report is just an echo of the previous rumors, I can’t say, but they seem to have gotten independent confirmation that the next iPad will indeed have a 2048×1536 display.

Let’s take it with a grain of salt, though, until we get something a little more solid. Nothing on the other rumors, either.

…Lotta white space here. I guess I’ll use it to say that I don’t think the RAM issue is such a big deal. If they’re using similar quality memory, they’ll be able to get it for half the price this year and ordering units by the tens of millions tends to save money. Why not have a ton of RAM? I’d be more worried about the screen itself requiring more power and producing more heat.