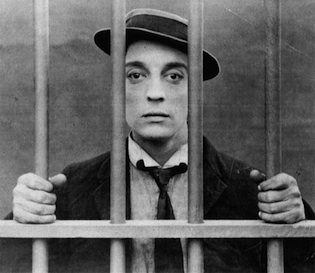 On Tuesday Steve Ballmer fired Bob Muglia, and Google fired H.264 from Chrome. The tubes are heated up with analysis of these two seemingly unassociated events, and I figure I’ll mash them together into a counter-intuitive scenario. The unifying driver: Tuesday’s new iPhone 4 announcement from Verizon.

We hear lots about Android these days as a million tablets bloom at CES. But the world we’re hearing about is the one where Apple lives in a one-carrier model. It’s a Model T world where you can have any color as long as it’s AT&T. Every day people walk into any other carrier store and walk out with Android, because they don’t know the difference. Contrary to the pr, the Android sell to the broad market is not about Open v. Closed, or store v. market, or any of the direct feature comparisons.

That’s because the features are comparable, the experience is similar, the sell is based on stepping up to the iPhone experience whether it’s called Kleenex or Cheerios or the supermarket knock off. The knock off becomes the brand. But in doing this jujitsu, Google has created a climate where the knock off is vulnerable to attack if the rules that got them there change. Google having given the carriers a reasonably indistinguishable knock off to sell, Apple can now safely drop the exclusive wedge for disintermediating carrier profit margin havens such as tethering and IM and eventually VoIP.

Snap. Verizon offers iPhone 4. Forget the slight redesign, forget the lack of multitasking between data and voice, forget the pricing models for unlimited, tethering, and video chat over 3G. Now the store brand is competing directly with the actual iPhone. Naturally the pent-up demand by Verizon contractees will blow out the overall numbers. But much more importantly, Apple is free to ship an iPhone 5 across the board, where existing contractees can be marketed to with bundled services, i.e. the new TV, the new Enterprise, the new Office. One device, with the carriers battling for the most attractive rendering of services.

This is where we switch over to Google’s H.264 move. Faced with ship or get off the pot, Google will do whatever it needs to do to establish its platform as a unique and valuable proposition. With H.264 store brand adoption over 50%, Apple has reached the point where its Flash blockade is no longer painful to the majority of iOS users. With a broad non-exclusive base opening up, Apple is free to blow out the market unless something radical is done — destabilize the inevitability argument around Flash-is-dead by a weird combination of OpenFUD and brute force. Never mind that it tells its developers and Chrome adopters to never believe a word Google says about its motivations and reliability of partner strategy.

In effect, Google is broadening its mission statement from “What’s good for the Web is good for us” to “What’s good for the Web and bad for Apple is good for us.” At best, it’s Google water-testing VP8 to gauge its patent liabilities; at worst it’s a weak signal if they reverse course. It suggests a certain thin-skinnedness over the Verizon deal and its bandwagon implications, and underlines the alacrity of the timing (over the next two months) within which Chrome will be crippled. And the short term fix is to continue to support Flash as a way around having to download another plug in. The weird thing here is that this begins to feel like a Google version of a Silverlight play, starting with video and Chrome and then marching through the other browsers via YouTube.

Silverlight is seen by some as the reason Bob Muglia was sent packing, most likely by Steve Sinofsky consolidating power to succeed Ballmer. Muglia and Ray Ozzie were surprisingly in synch around using Silverlight as a stalking horse for embedding Windows in an uber Web OS, disagreeing (or subtly agreeing) only over the timing of the transition. While Ozzie owned the vision and strategy, Muglia owned the execution and a rising revenue base in the Servers and Tools Business. The black helicopter noise suggests Muglia was undermined by the retrenchment around Silverlight he surfaced in an interview with Mary Jo Foley, but here again Apple’s Verizon deal around iPhone 4 and a Verizon iPad threatens Microsoft much more directly by accelerating iOS and damaging both Windows Phone and the MIA Windows tablet.

Just as with Android market success, Ozzie and Muglia’s success at destabilizing private cloud margins for servers and the increasingly irrelevant and collaboration-free Office platform in order to save the company has created an Azure economy that needs to be managed by a new breed of president, or by Ballmer directly. Google has moved way past Microsoft in mobile, and now Apple is moving back out in front of both. Ironically, Ozzie leaving cut Muglia’s legs out from under him, as his P&L looks good compared to everybody else but Sinofsky’s.

In the Ozzie/Muglia era, Microsoft learned how to speak a newer language of openness and resolve to move forward into the cloud. In the Sinofsky/Ballmer era, they get to keep the cloud because they have to, and try and manage their way out of the collapse of their enterprise channel before Office is pulled out from under them. Meanwhile, a new generation of store brand social workers are using a new message bus, with Apple driving the innovation curve around a realtime set of dynamic objects. FaceTime, AirPlay, the Mac AppStore, the Twitter realtime Mac app, and so on.

Once again: Verizon capitulates on behalf of the carriers to Apple. Google, flush with having educated the market across the carriers about the superphone, suddenly shows weakness and collapse of trust messaging by trying to damage Apple via a phony open source/standards gambit. Microsoft, flush with barely being all in on the cloud, fires its cloud chief to appease the old guard’s Ballmer heir by completing the Silverlight coup, papering over its mobile collapse, and rolling back to the state Ozzie had rescued them from. iOS wins 2 out of 3 phone sales, 4 out of 5 tablets, transforms its Mac OS to the new iOS mobile AppStore, and competes head to head with Google and its old Microsoft model. Thanks, Verizon.