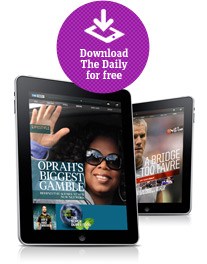 While we may all have our own opinions on whether News Corp’s iPad-bound newspaper, The Daily, is a boondoggle or simply before its time, I think we were all at least looking forward to seeing what it was like. People were curious about Virgin’s Project (though I haven’t heard a word about it since), and naturally want to know what it is that Rupert Murdoch has spent so much money on. We heard a few days back that it would be making its debut on the 19th (with Steve Jobs rumored to be in attendance), but it seems that wasn’t in the cards.

All Things D has learned (from a slip-up at an internal News Corp meeting, no doubt) that The Daily will not, in fact, be launching next week, but has been put off to an unspecified date, probably some time in February. And they blame Apple! The nerve.

Supposedly, The Daily was supposed to take advantage of a new feature in the Apple economy that would push new content automatically to your device or devices. Basically a pay subscription service, like a regular newspaper. But the word is that Apple’s not ready to go live, and they’ve caused News Corp to delay the launch until such a time as the feature is actually complete. Considering that can’t possibly take too long, the source of this information has shared that the delay is on the order of weeks, not months. Or at least, that’s when they’ll announce the next delay.

Paul thinks this thing is going to go down in flames. I’m not so sure, but I do know that the kind of person who buys an iPad is far more likely to be taking advantage of all the free content on the net. They don’t get up in the morning and pick up the Times from their doorstep. They pull their iPad off the nightstand and check their feeds.

That said, if they can even get 5% of the 8-million-strong iPad membership to pay $5 a month, that’s a triumph. It will depend on their opening move, however. If they’re smart, they’ll give it away for a good long time — 90 days, perhaps. If they can run on fumes for that time and then fill the tank when people find they actually like this little app, then they’re fine. But if they try to charge for admission up front, they’ll be high and dry.