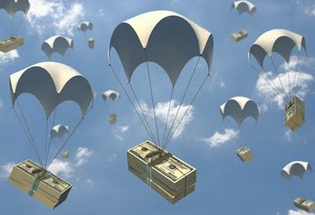 Oh no, we’ve been sued. This week’s hopeful plaintiff is Gooseberry Natural Resources LLC, who filed a complaint in a Los Angeles federal court against Reddit, The Atlanta-Journal Constitution, Digg, Fark, Geeknet, TechCrunch, Newsvine, Yahoo and others.

We, along with our fellow defendants, have allegedly been violating US Patent No. 6,370,535, titled System and method for structured news release generation and distribution. The invention underlying the patent appears to be the notion of typing text into an admin system, storing that text on a server, and then publishing it on the Internet. The patent was awarded in 2002.

The good news is this. AOL has a whole legal department to deal with these…people. Someday I really hope to get every wingnut who’s ever threatened us up on a stage and then let TechCrunch readers throw rotten tomatoes at them. That would be cathartic.

The complaint is below.

Update: A commenter points out that the plaintiff spelled their own name incorrectly at the top of the complaint.