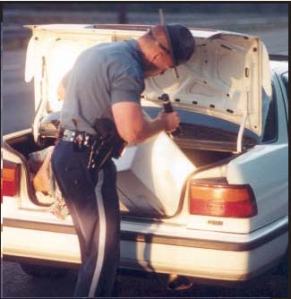 I’ve always been a big advocate of storing things in the cloud. Not just emails and files, but my entire life. As I’ve written before, I live permanently in hotels, and my whole life fits into carry-on luggage. This means that the vast majority of things I “own”, or at least use, live in the virtual space.

I rent Zipcars in London and San Francisco. I use Hulu (or iPlayer in the UK) for TV and Netflix (/Lovefilm) for movies. My music lives on Pandora, and Last.fm and – yep – Spotify.

My personal information too, lives largely in the cloud: I bank online, I pay taxes electronically  and for anything that has to be sent my regular mail, I keep a virtual mailing address at a London members’ club. For email, voice and SMS I use Google Voice, forwarding to whichever SIM card I happen to be using, wherever I am in the world.

Recently, though, I’ve started to have second thoughts about the wisdom of the cloud.

Partly it’s a question of data paranoia. Starting January 1st, I switched from Google Calendar back to a paper calendar (or diary, as we call them in the UK) after becoming increasingly frustrated in trying to get my schedule to sync reliably with my Blackberry. I try to avoid relying on email for important conversations, but if I did I’m not sure I’d trust Gmail for long-time storage needs. It’s early days (literally) but there’s something really nice about writing down an appointment in a book.

More seriously though, I’ve been growing increasingly alarmed by stories like this: the US government subpoenaing Twitter (and reportedly Gmail and Facebook) users over their support of Wikileaks. The casual use of subpoenas, including against foreign citizens is worrying enough – the New York Times says over 50,000 “national security letters” are sent each year – but even more concerning is the fact that often these subpoenas are sealed, preventing the companies from notifying the users they affect.

It used to be that if the US government wanted access to documents or letters in my possession they’d have to subpoena me directly. As a foreign citizen there are all sorts of ways I could fight the request – and it was at  least my choice whether to do so. As someone living in the US I also had the whole weight of the 4th Amendment on my side. Now, with everything in the cloud, the decision whether to hand over my personal information is almost entirely out of my hands. And unless, as happened with Twitter, the company storing my data decides to fight for openness on my behalf, there’s every possibility that I won’t even hear about the request until it’s too late. That’s just not how things should work in a free society.

Of course, it remains statistically unlikely that I’m going to be the subject of a subpoena any time soon. I’m hardly an enemy of the state. But then again, until recently, neither were many of the supporters of Wikileaks. Who’s to say that an innocuous organisation I give support to today won’t suddenly become highly controversial tomorrow?

For that reason, I’m giving serious thought to the idea of taking my communications back out of the cloud: switching back to a traditional email client and storing my documents on my encrypted hard-drive. Maybe relying a little less on text messaging and a little more on old school voice conversations. Possibly ever writing the occasional pen-and-paper letter.

Sure, it’ll have to make sure I back up regularly and I’ll miss the convenience of having my documents available wherever I am. But increasingly that feels like a small price to pay for the confidence in knowing who else is trying to pry into my life.