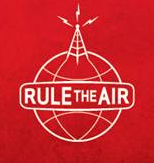 Earlier today, BGR published a story that Apple is looking to launch the iPhone on Verizon’s network as soon as February 3. That’s in line with an earlier report about no-vacation windows for Apple retail employees. And now something curious has just appeared in my inbox. An invite to a Verizon event, taking place in New York City on this coming Tuesday, January 11. Could it be?

Well, for one thing, I don’t typically get invites directly from Verizon to anything. At least not that I can recall. They usually send those directly to the MobileCrunch and CrunchGear guys. But this invite appears to very specifically be for me — it’s non-transferable. Would Verizon send me such an invite unless it was specially about Apple?

But that’s the other thing. Would it be Verizon and not Apple running such a high-profile show? And would they do it in New York City instead of near Apple’s home base in Silicon Valley? Certainly someone from Apple would have to be there — and you’d think it would be Steve Jobs. But there’s no mention of Apple at all on the invite.

So what is Verizon inviting me to exactly? Is it some silly USB card or the iPhone 4 on Verizon? I don’t know. But color me intrigued.

Update: Jim Dalrymple of The Loop (which exclusively covers Apple) confirms that he got the same invite. Something is definitely up.

Update 2: Another sign: Gizmodo (of iPhone 4 prototype fame) was not invited. And they note that they’re normally very friendly with Verizon.