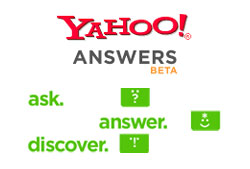 As we’re all well aware by now, the Q&A service Quora is exploding with growth. And while that may seem like a good thing, there are two distinct downsides. First, Quora is a pretty complex site and so scaling to accomodate huge user growth is difficult. And second, there has been a belief since the site launched to the public that as it grew more popular, the less useful it would become. Put another way, there’s a fear that it will turn into Yahoo Answers. Quora addressed the first issue a couple days ago. The second, co-founder Charlie Cheever addresses today on the service.

In a post entitled, “Commitment to Keeping Quora High Quality“, Cheever outlines the steps Quora is taking to ensure that the community remains the same great place for knowledge as it grows in size. So what are the steps? The biggest and most immediate one Cheever highlights is a better on-boarding process. Cheever notes that it can be difficult for new users to understand how to properly ask questions on the site. So they’ve created a tutorial quiz that walks them through the process before they submit the first question.

“So far, we’ve found that the quiz has helped make more of the questions that new users post conform to the site guidelines and require less editing from experienced users,” Cheever writes. He also notes that changes were made to both the homepage feed and the notification system yesterday to make both more manageable for new years (though he doesn’t detail what those changes are exactly).

In terms of the next few months, Cheever writes that resources are being put into:

He also says that they’ll be working with site admins to help them deal with the growth as well.

All of that sounds good and addresses some of the issues that Mathew Ingram at GigaOM laid out yesterday in a post. Of course, Quora still has to execute. And fast. My new follower notifications don’t appear to be slowing down.