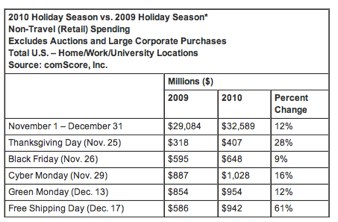 Of course, other contributing factors to the increase in online spending this holiday season (besides an improved economy) included more free shipping offers, as well as the Northeast Blizzard that kept many shoppers home bound following the Christmas holiday. And comScore chairman and CEO Gian Fulgoni says that retailers began advertising their promotions earlier than usual to consumers this past season.

comScore had previously reported that Computer Hardware ranked as the top growing category for the holiday season with a 23 percent increase versus last year, driven by a growth in sales in tablet devices, e-readers and laptop computers. Books and Magazines as well as computer software also saw strong sales. 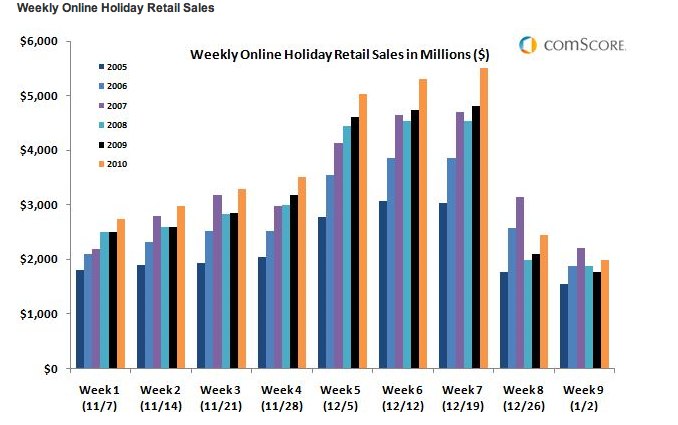