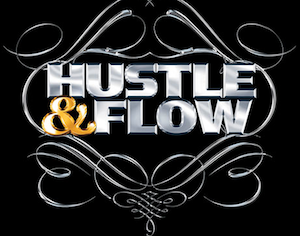 Now that it’s 2011 and we’re back in the swing of things, a lot of startups are already undoubtedly laying out their launch plans for the year. And while anytime seems like a good time around these parts, a lot of startups pencil in the SXSW festival in Austin, Texas as a good potential launching point. Why? Because it’s early in the year (early March), with a ton of people and hype, and a few of the most successful launches in recent years took place there.

You can always tell the most successful launches because the press the following year will say, “who is going to be this year’s ______ of SXSW?” The two most obvious companies that fit that bill are Twitter and Foursquare. (Well technically Twitter didn’t launch at SXSW, but that was definitely their coming out party in 2007.) And coincidentally, two founders of those two companies have taken to Quora today to both answer the question: What is the process involved in launching a startup at SXSW?

Twitter co-founder Evan Williams notes that Twitter launched prior to SXSW “to a whimper”. He says that the company made a decision to target SXSW for some publicity in 2007 simply because it seemed like a lot of the then “thousands” of Twitter early-adopters were heading there. He specifically credits two things they did there with helping the explosion of interest.

First, they set up a tweet visualization screens and negotiated with the conference to put them in the main hallways in the Austin Convention Center. “This is something they’d never done before, but we didn’t want a booth on the trade show floor, because we knew hallways is where the action was. We paid $11K for this and set up the TVs ourselves. (This was about the only money Twitter’s *ever* spent on marketing.),” Williams notes.

The second thing they did was to create a SXSW-specific feature that allowed people to join Twitter simply by texting “join sxsw” to their 40404 SMS shortcode. When people did that, they would show up on the screens around the conference. And you’d be following the half-dozen Twitter “ambassadors” that were other users at the conference (consider that the first SUL).

Williams notes, however, that it didn’t seem like a ton of people signed up for the service that way.

“I don’t know what was the most important factor, but networks are all about critical mass, so doubling down on the momentum seemed like a good idea. And something clicked,” he concludes.

Foursquare co-founder Dennis Crowley offers a different take. His big launch was two years later, at SXSW 2009, and the conference was already much larger at that point. His two main keys to a big SXSW launch are to “hustle” and to do everything in your power to get viral word-of-mouth buzz just before the conference. “Start telling friends and stranger to try out your app,” Crowley writes, saying that they spent $0 on marketing that year.

As for hustling, Crowley says that “we started in January and flipped the switch on 4SQ the Thursday before SXSW. Me & Naveen [his co-founder] were both coding in the airport, on the tarmac, on the runway.”

Crowley also says that you should take advantage of Twitter early on for both feedback and support. “Try to answer as many support + feature requests tweets you can. Get people to spread the love,” he writes.

He also suggests using a service like GetSatisfaction to gather a collection of “superusers” to help out with troubleshooting and bugs.

Finally, he says that it’s probably wise to have someone not at SXSW watching the ship during the actual conference. “It’ll help while you’re doing your thing in Austin,” he says.

But Crowley’s most interesting tidbit comes in a comment below his answer:

In an answer below that, Kevin Marks leaves another crucial point:

FIrst of all, be sure that your startup makes sense for SXSW – both Twitter and Foursquare (and indeed Dodgeball) were highly suitable for thousands of geeks crammed into a smallish downtown with intermittent net connectivity and a desire to co-ordinate with each other.

If your startup is an Enterprise Sales tool, you might be better off launching somewhere else.

Consider this the official countdown kickoff to the “who will be this year’s ______ at SXSW” stories.