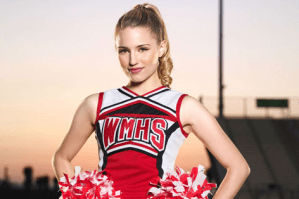 So there I was flying back to San Francisco after the Holidays, flipping through the United Hemispheres magazine to better understand my awesome Snack Box options, when I was stopped by an animated drawing of Twitter founder Evan Williams and an accompanying Q&A for joe-plane-traveler about the popular site.

The interview starts with a throw-away clause saying Williams is credited with inventing blogging, which is weird because I have never even heard Williams claim this. (Perhaps they meant inventing Blogger?) More to the point, the Q&A ends with Williams saying this in response to all those concerns about business model: “There aren’t many things on the Internet or anywhere else that I can think of that have died of popularity.”

Williams is right. But plenty of things have died in spite of popularity, like Friendster, which never had near the audience of Twitter, but for a certain period in the Internet’s history was just as much of a phenomenon. Another example might be Napster, which fundamentally changed how people viewed what the Internet could be used for and permanently disrupted the music industry, but never built a business, even when it was sold and launched as a legal service. Then there’s MySpace– which had a nice exit, but nowhere near what it should have gotten for eclipsing Yahoo in page views. What’s more, it was only able to approach $1 billion in revenues thanks to a Google ad deal that wasn’t renewed.

On a smaller level there’s a curiosity like Chatroulette or a killer-but-challenged app like Spotify. And on an even more micro-level there are legions of “Internet famous” people, very few of whom are known outside techie circles or ever manage to convert their online popularity to TV deals or actual, robust income, no matter how badly Hollywood agents try. As far as offline goes, almost everything that’s ragingly popular runs its course in popular culture. I mean how many people are still going around saying “Where’s the beef?”

Don’t get me wrong, popularity is worth a lot online. If something launches and has a huge audience, it is worth something. Even the above examples were worth something. And Twitter is arguably popular on a bigger scale than almost any popular service that eventually withered in spite if itself. I’m a big believer that companies should have a few years to figure monetization out. That’s what venture capital is for.

But it’s been a few years, and it’s clear that the bloom is once again coming off the eyeball rose in Web land. With 1 billion people now online, we’re living in a world of runaway eyeball inflation. And given the fact that the bulk of them are in emerging markets that are still little-understood by the Valley, the value of those eyeballs is even more in question. Tony Conrad of About.Me spoke to this new-found ease of getting eyeballs as almost a caveat to his site’s impressive user growth, crediting Twitter itself with the ability to get users today even more quickly than Twitter could when it launched a few years ago.

Twitter is not hurting. It had a huge $3.7 billion valuation in its last round, and I’m still bullish on the company’s ability to make money. I still think it will land a $1 billion-plus exit….eventually. But not everything popular or transformative becomes a business automatically, and the clock is ticking. Especially in a time when the other big Web 2.0 names like LinkedIn, Pandora, Facebook, Zynga and Groupon are all somewhere on the continuum of solid business model to minting money.

If Twitter is going to stay in that elite group, it’s going to need to build something more than popularity in 2011.