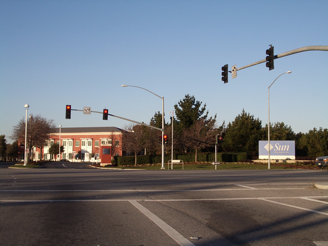 Faceook is considering moving its headquarters to the old Sun Microsystems campus in Menlo Park, as we previously reported. Some new details about the transaction have come to light. Facebook is considering a leaseback of the property, which would save the company from doling out hundreds of millions of dollars in cash right now (although it can afford to).

The assessed value of the Sun campus is $228.4 million, but tax assessments are typically lower than the market value of the property unless the value of the property dropped significantly since the last assessment. One rumored figure I heard a couple weeks ago for the value of the leaseback was $420 million, although another source claims that number is way too high and even the assessed value is still in question. Translation: negotiations are still in progress. But it is safe to assume the deal will be somewhere in between and could free up hundreds of millions of dollars for Facebook.

The way the leaseback would work is that Facebook would sell the property to a REIT or other institutional investment group like a state pension fund. The investment group would then enter into a longterm lease with Facebook as the tenant of the campus. This arrangement would allow Facebook to move to a bigger headquarters while at the same time saving itself from sinking a big lump of cash into real estate. Of course, it still has to buy the property, but the leaseback would produce more cash than Facebook would have to come up with for a down payment on a more traditional commercial mortgage for the same property. Perhaps the $500 million it just got from Goldman Sachs and DST can help finance the real estate deal.

Update: I changed some language in the first paragraph to make it clearer that Facebook is saving itself from a big cash outlay rather than netting a cash windfall from the deal, as many people in comments rightly pointed out. After some more digging, my understanding of the deal, or at least a proposed version of it, is that Facebook has a contract to buy the property from Sun, and that it wants to assign the purchase contract to a state pension fund (possibly Wisconsin). In return for buying the property, the state pension fund gets a long-term signed lease from Facebook for 15 to 20 years, and over that time period it will make a return on the purchase price. Facebook, meanwhile, doesn’t have to put up cash for real estate right now. But another part of the deal is that Facebook will have an option to buy the property at a negotiated price (which it might want to do when it goes public).