With e-commerce spending performing well over the past holiday season, retailers are hoping this trend will continue into 2011. J.P. Morgan senior analyst Imran Kahn has released his annual report forecasting trends for the New Year that includes a number of positive projections for the e-commerce industry.

The report also highlights other unsurprising trends. For example, Amazon continues to gain market share, as smaller players have trouble competing with the e-commerce giant.

Kahn writes that the growth in mobile commerce could negatively effect brick and mortar stores and that one potential weakness in e-retail growth is the possibility of an internet sales tax. 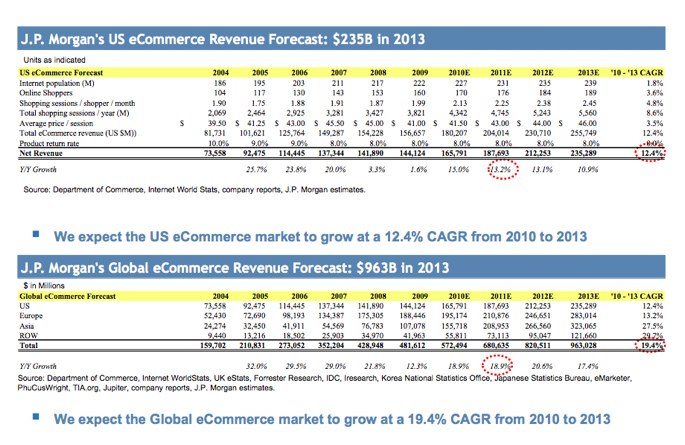 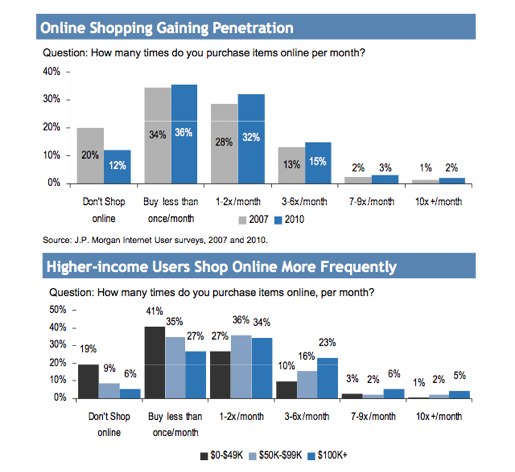