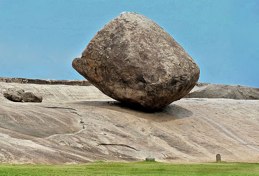 So here we are in a new decade, and the technologies that are now available to us continue to engage (and enthrall) in fascinating ways. The rise and collision of several trends—social, mobile, touch computing, geo, cloud—keep spitting out new products and technologies which keep propelling us forward. Below I highlight seven technologies that are ready to tip into the mainstream 2011.

Before I get into my predictions, let’s see how I did last year, when I wrote “Ten Technologies That Will Rock 2010.” Some of my picks were spot on: the Tablet (hello, iPad), Geo (Foursquare, Gowalla, Facebook Places, mobile location-aware search, etc.), Realtime Search (it became an option on Google) and Android (now even bigger than the iPhone). Some are still playing out: HTML5 (it’s made great strides, but isn’t quite here yet), Augmented Reality (lots of cool apps have AR functionality, but for the most part it is still a parlor trick), Mobile Video (FaceTime and streaming video apps pushed it forward), Mobile Transactions (Square and other transaction processing options came onto the scene), and Social CRM (Salesforce pushed Chatter, and tons of social CRM startups pushed their wares, but enterprises are always slow to adopt). And one got pushed to 2011: Chrome OS (we are still waiting).

What’s in store for 2011? Some of these themes will continue to evolve, and some new ones will gain currency. Here are seven technologies poised to rock the new year:

What technologies do you think will make it big this year?