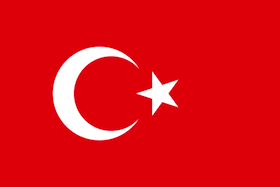 FriendFeed. You remember it, right? It was that awesome service that Facebook acquired in August 2009. It was a smart deal all around. Facebook got an awesome team of developers and product people, while FriendFeed got to translate some of what they were doing to a service with a reach as large as any on the web. Unfortunately, it was a somewhat raw deal for many of the people who actually used FriendFeed. While the team and Facebook said it would be staying up, many users left and for most it became a ghost town.

There’s a hot thread on Quora right now talking about the demise of FriendFeed called: Does anyone still use Friendfeed? Why? So far, there are 29 answers, many from people in the tech community who still do use it to surface information (this is what I loved it for as well). But the best answer comes from Bret Taylor, one of the service’s co-founders, who is now the CTO for Facebook.

“US usage has decreased significantly except for a small group of devoted users (many of whom are on this thread), but the site grown quite a bit in Turkey, Italy, and Japan. Turkey is now the largest user base by a decent margin, essentially compensating for the decreased US usage. The site actually has moderately higher traffic than before to the acquisition, but it is all international usage,” Taylor writes.

A quick glance at Google Trends for Websites seems to back up this claim. While this data is never perfect, it does usually give a good overview — and sure enough, it shows that Japan and Turkey are now ahead of the U.S. in regional popularity (though it has Japan first on the list). It also shows traffic to be about the same (or slightly above) what it was around the time of the acquisition (there was a spike just prior to the event, which we knew about).

Also, our own Mike Butcher uncovered the huge Turkish usage of FriendFeed about a year ago for TechCrunch Europe. As he wrote at the time, “As well as it’s fascination with Facebook, Turkish people have latched onto Microblogging in droves. But it’s not Twitter they turned to first. It turns out FriendFeed is the platform of choice.”

All of this is particularly interesting since aside from keeping the servers up, the old team and Facebook have done basically no work on the service — it exists in a state of “chrysalis,” as fellow co-founder Paul Buchheit put it. But many of the features of FriendFeed, such as real-time updating, are still ahead of many other social services that attempt to do the same thing. That’s true even though Facebook has open sourced much of the technology behind it.