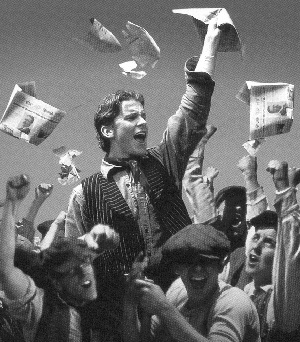 A story in the Wall Street Journal this evening details how Google, Apple, Amazon and others are all racing to try to do deals with major publishers in order to set up their “digital newsstands”. Of course, all of this has been going on for months now as the publishers seem to be aware that tablets (okay, really just the iPad so far) are actually taking off this time and they’d be wise to get on board. The problem, naturally, is that they want to be on board on their terms. And those, naturally, are old school terms. In other words, out-of-date and somewhat sleazy terms.

Here’s one main blurb of the WSJ piece:

Apple is planning to share more data about who downloads a publisher’s app, information publishers can use for marketing purposes. According to people familiar with the matter, Apple would ask consumers who subscribe to an iPad version of a magazine or newspaper for permission to share personal information about them, like their name and email address, with the publisher.

Some publishers remain unhappy with this arrangement because they think few customers would opt to share such data, according to these people.

So what the publishers seem to be demanding is that Apple opts users into sharing information without telling them. Or, to put it another way, “make it opt-out or we opt-out”. Classy.

Of course few customers would opt-in to sharing such data. Because who the hell wants to be marketed to relentlessly just because they signed up for a magazine subscription? No one. Except that’s the way the magazine subscription model currently works. Not because it’s a good model, but because in the days before technology started destroying print, people were naive enough not to realize what was going on. Obviously, the publishers would like to transition that happiness in slavery to the tablet space.

And while Apple doesn’t appear to be biting on that at this time, the publishers apparently are turing their sights towards chief rival Google. From the piece:

In recent weeks, these people say, Google has told publishers it would take a smaller slice on any sales they make of Android apps than the 30% cut Apple typically takes on iTunes sales. Google has also proposed giving publishers certain personal data about app buyers to help with marketing related products or services.

It’s not clear if in the Google scenario this would be opt-in (like Apple is proposing) or opt-out. But if Google wants to secure these deals ahead of Apple, it’s pretty clear what they’ll have to do. Hopefully they won’t do that.

Apple is also apparently on the verge of a new feature in iTunes that would allow for publishers to offer simple content subscription services. This too has been rumored for some time, and makes a lot of sense. After the initial interest wore off, it seems that most magazine apps are dwindling in sales numbers. The reason for this is obvious: they’re far too much money and too much of a pain to download. To get Time each week, you have to pay $4.99 each time. There is no subscription option. Others, like Newsweek, do have a subscription option, but it’s a bit convoluted. And others, like the Wall Street Journal, have an option (their own) that’s even more convoluted.

In order for the digital newsstand idea to work, it has to actually be a newsstand. As in, a centralized place where you can find and buy anything you’re looking for with a few easy clicks. You know, like iTunes. The stand-alone app model isn’t working for this content. But the publishers are wary of iTunes because they don’t want to give Apple the 30 percent cut, and, more importantly, they want that subscriber data.

And so we appear to be where we were a few months ago, at a stalemate. Talking to Google about a rival newsstand seems like a good bargaining tool, but the Android platform still doesn’t have a tablet that’s nearly as popular as the iPad. Amazon has the popular Kindle device, but it’s in black and white and doesn’t exactly seem like the future of magazine content consumption. You can be sure that Apple will want something like this digital newsstand in place by the launch of the iPad 2. And as they like to do, they’ll probably launch it even if they only have a few publishers on board.

And there will be some on board. Because they stand to lose a lot more than Apple does if they don’t get their content to hit on the iPad.