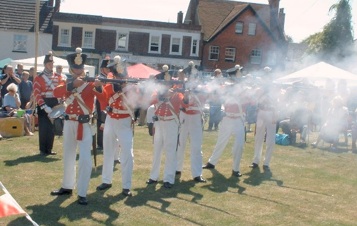 Editor’s note: Guest author Chris Yeh is an independent angel investor and VP of Marketing for PBworks, one of his investments. He has been involved with Internet startups since 1995. His Twitter handle is @chrisyeh.

Sooner or later, they’ll try to fire you.

I’m an investor in or advisor to dozens of startups, and at least once a quarter, I get the call: “Chris, they’re trying to fire me.” (The other urgent call I get is when they’re negotiating a financing round, merger, or sale. I much prefer those calls!)

Most entrepreneurs are surprised the first time their investors or co-founders try to fire them. They can’t imagine being banished from the company that they created. Maybe they were the only employee of the company for years. Maybe they recruited and courted the very person who comes to carry out the execution.

The sad fact is, founder firings are the rule, not the exception.

Many of Silicon Valley’s most storied companies involve palace coups and forgotten founders. How many people remember Apple’s third founder? At least Eduardo Saverin of Facebook has a movie to commemorate his role in the company’s start. And don’t forget how Apple fired Steve Jobs himself–who is only the most successful Silicon Valley CEO of all time.

If Steve Jobs can be forced out, anyone can, including you.

But that doesn’t mean you need to take it laying down. If it happens to you—and it will—here’s are the eight steps you can take to maximize your chances of survival:

2) Start planning your defenses early. By the time the attack comes, it will be too late—if the plotters are any good. Lay your foundations up front in terms of board composition and corporate governance. Make sure you know just what someone would have to do to remove you, and minimize your vulnerabilities.

3) Get everything in writing. Promises aren’t worth a bucket of warm spit. I’ve told many an entrepreneur that once millions of dollars are involved, they’ll see the ugly side of human nature. People are capable of rationalizing almost any action if it enriches them. I’ve seen family members sell each other out and lifelong friends come to blows over this. I personally have two close friends who lost millions over broken promises because they trusted their partner’s word rather than insisting on a contract.

4) Constantly work the key players. If you don’t develop a personal relationship with every board member and key shareholder, you deserve what you get. Monitor their words and actions closely. Many people are bad liars and will tip you off with their mannerisms and reactions. Developing those relationships will also make it more likely that they’ll believe you, rather than the plotters.

5) Realize that you are dispensable. One mistake many entrepreneurs make is to assume that they’re essential to the company because of all they’ve done in the past. To investors, what you’ve done is meaningless. All that matters is what you can do for the company (and the value of their shares) in the future. The instant you stop adding value, your days are numbered.

A friend of mine keeps chickens to provide him with fresh eggs. Recently, I asked how they were doing. “I killed them all,” he said. “They stopped being productive egg layers. I ordered three dozen new chicks by mail. They arrive next week.”

Make sure you continue to be perceived as productive.

6) The best defense is a good offense. If you think someone is plotting against you, don’t just sit back and wait for him to make a move—start collecting ammunition and allies for the inevitable battle. If you believe action is imminent, be prepared to unleash a first strike, and have plans in place for both victory and defeat.

7) Don’t sign anything during the coup attempt. If your enemies do strike first, don’t panic and whatever you do, don’t sign anything. Most coups depend on the power of the bluff. The plotters may think that you, as a first time entrepreneur, may make a mistake if pressed.

One of my friends, a Harvard Business School classmate, was pressured into resigning from the company he founded by his more experienced investor. Had he simply said, “I need a day to think it over,” he could have checked the facts and rallied allies. As it was, all I could do was express my sympathy.

If you can’t do any of the above, there is always the nuclear option: a lawsuit. Before you go nuclear, though, understand a few lawsuit basics:

Even if you follow all of my steps, you might still get fired. The only way to be totally fireproof is to own a controlling stake in your company and have no need for outside capital, which is why I encourage founders to bootstrap as much as they can.

You should also bear in mind that sometimes, the coup plotters are right. It might be hard to accept, but sometimes your company (and your wallet) will end up doing better if you bow out. The legendary Don Valentine of Sequoia Capital had to fire Sandy Lerner and Len Bosack from the company they created, Cisco Systems. At the time, the company was worth less than $1 billion. Today, it’s worth $112 billion.

Would anyone have been able to fire Sandy and Len if they hadn’t raised money? No. Would they have made as much money if they hadn’t accepted Sequoia’s funding? Probably not. Bootstrapping is not a universal answer.

(Note: I don’t have any personal knowledge of what went down at Cisco; for all I know, the firing was completely unjustified. But it’s hard to argue with the results.)

If you do decide to take money from professional investors, at least you now know how to maximize your chances of sticking around. And if you do get fired, remember that revenge is a dish best served cold. Be professional, avoid burning bridges, and bide your time. Maybe you’ll be like Steve Jobs and make a triumphant return.