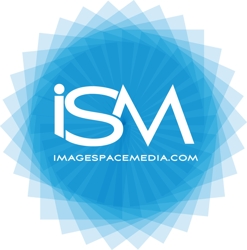 ISM’s ad network, which recently launched an analytics offering and a self service tool, helps publishers monetize images on their websites with ad overlays. Its proprietary technology allows for audience targeting and matches ads to the most appropriate images available.

With AdStart, advertisers can now create text based ads on both a cost-per-click (CPC) or cost-per-thousand (CPM) impression level. Once the advertiser creates their text-based ad campaign, they set their bid price and fund their account using a credit card or PayPal with a minimum of $5.00 for prepaid accounts. The ads immediately begin running as overlays on contextually relevant images across the Image Space Media Network.

The startup raised $2.9 million in funding earlier this year from New Atlantic Ventures, Ridgeline Capital, and Michael Gordon and brought on a new CEO last year, Jesse Chenard, who Tung actually met at TechCrunch50 in 2008. Image Space Media faces competition from GumGum and others.

We’ve reached out to the startup for confirmation and will update when we hear back.

UPDATE The company’s founder Kevin Tung has confirmed that ISM raised another round from existing investors in advance of a planned Series B round in 2011.