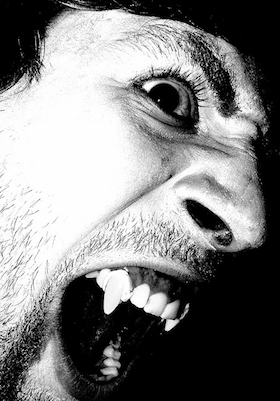 And this year will be no different. Except that this year, the CES buzz-kill may be more intensified as there are not one, but two key Apple products expected to be announced shortly after the expo: the iPad 2 and the Verizon iPhone.

With just about a week to go until CES, the Apple rumor mill is beginning to ignite. Today alone, we have stories of Apple winding down iPad 1 production to get ready to ramp up for iPad 2. And then there’s this BusinessWeek article (once again) announcing the impending launch of an iPhone that will work on Verizon’s network for the first time.

According to a new report by analyst Ming-Chi Kuo of Concord Equity Research, Apple has shifted iPad production from an estimated 2.1 million units in November to just 1.6 million in December in order to prepare for the launch of revised new tablet, expected to be announced in January.

And here’s what BusinessWeek has to say about the Verizon iPhone:

Very soon, maybe by Valentine’s Day, Apple will likely host one of its splashy product introductions to announce a new version of the iPhone that works on Verizon’s network.

In other words, if these reports are to be believed, Apple will likely be holding either one (massive) event in January to unveil both products. Or they’ll have two separate events in January for each different product. Neither event, obviously, would be CES.

And so the buzz surrounding all the tablets and mobile devices that will be shown at CES will likely once again be overshadowed by the lingering promise of new products by Apple. It used to be that Apple screwed CES by announcing such products a few weeks later at Macworld. But now they go it alone, overshadowing the conference dedicated to them as well.

The only real question is if Apple would actually unveil both the Verizon iPhone and the iPad 2 at the same event — or even in the same month?

Both are tent pole-worthy announcements in their own right. The iPad 2 is bigger news than the Verizon iPhone, which is expected to simply be a current-generation iPhone 4 with CDMA-insides. But there are millions of people waiting for a Verizon iPhone, and Apple would undoubtedly want to use a stage to announce that the device is finally available on the biggest network in the United States. And most accounts have such an announcement taking place in January.

The iPad 2 announcement would likely be a bigger one because it would also be a state of the union for Apple’s newest billion-dollar revenue stream, and supposed future of computing, and the future of iOS, etc. Apple announced the first iPad at an event last January, but didn’t actually release it until April. So while some, like AppleInsider, are betting on a January unveiling, Apple could conceivably wait until the Spring to show off iPad 2, closer to when it’s ready to ship.

Of course, the talk of iPad 2 production already ramping up may suggest that they would release the device sooner. And spacing it 6 months apart from the traditional iPhone unveiling date does make some sense.

And the other hot rumor is that the iPad 2 will come in three flavors: WiFi, GSM, and CDMA. That latter, obviously, would be an iPad that is Verizon-compatible. Apple could conceivably tie the two announcements together that way. I can see it now: “oh, and one more thing, the iPad isn’t the only device coming to Verizon…”

But what about that other Apple event that was supposed to take place in early 2011? You know, the one to show off the new News Corp.-created iPad newspaper? Does that also fit into a iPad 2 unveiling? And what about rumored MacBook Pro and iMac upgrades? Oh, and what about the Mac App Store, which is set to launch on January 6? Funny timing, that’s the first day of CES.