Lookout, a company that offers security services for a number of smartphones, has just raised $19.5 million in Series C funding led by Index Ventures with existing investor Accel Partners and Khosla Ventures participating in the round. This brings Lookout’s total funding to $36 million.

Lookout’s web-based, cloud-connected applications for Android, Windows Mobile and BlackBerry phones help users from losing their phones and identifies and block threats on a consumer’s phone. Users simply download the software to a device, and it will act as a tracking application and a virus protector much like security software downloaded to a computer. The company also announced today that it now has four million users, after crossing the two million mark in September.

The company says the growth in smartphone adoption, mobile app downloads and increased consumer awareness of mobile security threats have made consumers aware of the security threats on mobile phones. Similar to a PC, users are now recognizing the need to protect their phones from malware, viruses, data loss and more.

Lookout, which was just featured in a Verizon Wireless commercial, has also started bringing in revenue, recently rolling out its first premium services which include the ability to view a comprehensive list of apps that can access users private data, such as identity information, location, and messages. The premium plan also includes the ability to remotely wipe and lock a phone in case it is lost or misplaces. You will also be able backup and restore photos and call history, contacts and other data from different phones.

Smartphone security is sure to be a growing market, and Lookout says the new funding will be used for further expansion as well as new product development. And Lookout CEO and founder John Hering says that we can expect a security software app for iOS devices, including the iPhone, to be released in 2011. 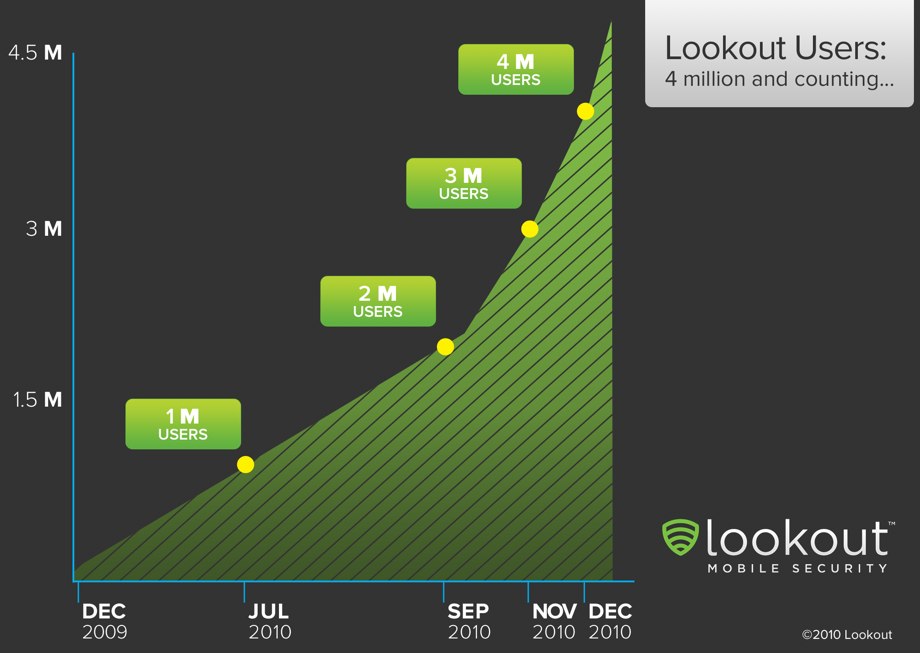