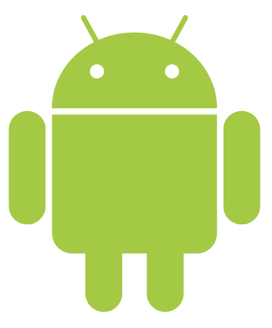 Back in April 2009 — before the incredible rise of Android had really picked up steam — Google’s mobile operating system faced a challenger that had almost nothing to do with cell phones. Erich Specht, a man who ran a data company called Android Data from 1998 through 2002, came forward to say that Google was infringing on his trademark by using the name ‘Android’, and he wanted a payout of $94 million from Google, Android Inc, and the Open Handset Alliance.

Last week, Google got some good news: a judge granted Google’s Motion for Summary Judgment to throw out the case. The judge has also canceled Specht’s original trademark, on the grounds that it could result in confusion with Google’s mark, and because Specht has already used it “as a sword” against Google.:

Moving to Google’s Counterclaim, pursuant to the analysis above, Google is entitled to a declaratory judgment that Plaintiffs abandoned ANDROID DATA and the other Asserted Marks. Plaintiffs do not possess valid or enforceable rights to the marks. The Court grants Google summary judgment on Count III of its Counterclaim. In regard to Count I of the Counterclaim, a party that believes it may suffer harm because of a trademark that has been abandoned by its owner may move to have the registration cancelled. See 15 U.S.C. § 1064(3). Google became the senior user of the ANDROID mark when it began using it in commerce on November 5, 2007. Plaintiffs, however, resumed use of ANDROID DATA as the junior user after Google acquired its rights to ANDROID. Plaintiffs’ use in commerce of ANDROID DATA creates a possible likelihood of confusion with Google’s ANDROID mark pursuant to 15 U.S.C. § 1114(1)(a), as well as possible dilution by blurring of Google’s mark under 15 U.S.C. § 1125(c).

The order, which you can read below, gives a timeline of how Specht’s companies came to acquire the Android trademark, and then subsequently lost it.

Specht created the Android Data Software Suite, which he licensed from 1998 through 2002 to three clients, generating some $600,000. He filed for the Trademark ANDROID DATA with the USPTO in June 2000, and it was granted in October 2002.

Unfortunately 2002 proved to be a bad year for the company — all of its clients either stopped licensing the software or went under, and Android Data essentially shut down as Specht attempted to sell its assets and abandoned the Android Data mark. It lay dormant for years until someone tipped Specht off to Google’s use of “Android”, and he threw up a quick website to ‘prove’ that he was still using the mark. Obviously the court didn’t buy it.

“We are pleased to see this case dismissed, as it was baseless from the start.”