Elevance sells its specialty chemicals to the makers of bath and beauty products, detergents and lubricants. The company has gained traction in the market for “green surfactants” since its founding year (2007) by forging alliances with goliaths like: Dow Corning, Stepan, and Wilmar International. 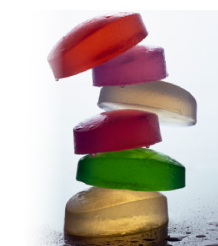 The concept of using plant-based materials to produce chemicals and liquid fuels is not new. However, as reported by GreenCarCongress.org:

“The technology underlying [the company’s] processes is [olefin metathesis]…a catalyst technology which swaps molecular fragments on either side of a carbon-carbon double bond, has become an efficient and widely-used chemical process in petroleum refining and other industries. It enables new chemical compounds and manufacturing processes once thought to be impossible.”

Elevance won a $2.5 million grant in 2009 from the United States Department of Energy to build a demo-scale refinery. The company’s chief executive, K’Lynne Johnson, in a press statement said that the series C funding would go towards the company’s international expansion, and the creation of commercial-scale, Elevance biorefineries in Asia, North and South America.