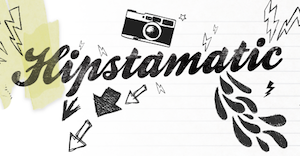 Synthetic Corp, the company behind the hit iPhone app, Hipstamatic, has had a very good year. Not only was their paid app one of the best-selling apps of the year, Apple bestowed the “App of the Year” crown on it a few weeks ago. And now they’re closing out the year with one more big piece of news: they’re relocating to San Francisco.

The company has actually bought an entire two-story building in San Francisco’s SoMa district (where TechCrunch is also located), CEO Lucas Allen Buick tells us. Apparently, there is some money in this apps business. The plan is to use the building, located here, as both a worldwide headquarters and a retail/gallery space where events will be held for their community.

Previously, Synthetic Corp had a Chicago office as well as some employees in New York. But they’ll all begin moving out west starting in February, we’re told. They’re currently working on renovating the building.

Buick and fellow co-founder Ryan Dorhorst actually moved out to the Bay Area in July, and have been working out of a temporary space in the city for the past six months. That, along with the larger move, shouldn’t be too surprising given the explosion in interest in the photo app space.

While Hipstamatic may have taken the App of the Year crown, they face plenty of competition from the likes of PicPlz and Instagram, both of which are based in the Bay Area. In fact, Instagram just opened their new office in the SoMa area as well (in Twitter’s original office).

Synthetic makes two other photo-based apps aside from Hipstamatic as well: IncrediBooth and SwankoLab.

Welcome to the neighborhood!