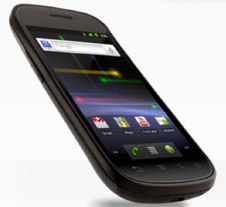 Lately, Google has been showing off Android phones with NFC chips in them that can power mobile payments. The newest Android, the Nexus S, is the first to ship with an NFC (near field communications) chip, and the technology could be the key to getting into mobile payments. These are the same chips in some credit cards today.

It turns out that Google got some of its NFC expertise from a Toronto-based startup it acquired called ZetaWire, according to information uncovered by tech analysts at the 451 Group. A notice from Zetawire’s law firm, Fenwick and West, mentioned the acquisition. The price was not disclosed, but it was likely very small, with only 2 to 4 employees. The deal may have actually occurred as long as a year ago, but was never reported.

Zetawire didn’t have a product or even a website (at least not, anymore), but it had at least one U.S. patent application for “a payment system, an advertising system, and an identity management system” all rolled into one. The promise of NFC chips in mobile phones for Google is that it opens up all sorts of possibilities for mobile coupons and other sorts of offer-based advertising. In mobile and local advertising, the last few feet between a consumer seeing an ad and stepping into a store to make a purchase is largely untraceable. But if the mobile ad or coupon could be linked to the payment through an NFC chip in your phone, then Google can begin to measure the full cycle of click-throughs to purchase.

Google isn’t alone in wanting to jumpstart mobile payments with NFC chips. Apple is expected to include the same technology in future iPhones.