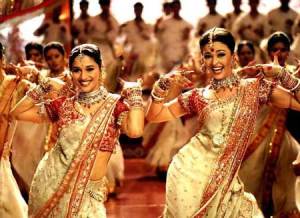 First it was distribution. Then it was monetization. The next generation of Web entrepreneurs’ make-or-break challenge will be localization and a big part of that is language.

The Web is so powerful today and the valuations are so high, because it is a billion-person-audience and growing. But more of them speak Chinese than English, and critical masses are developing around Spanish, Portuguese, Russian, Bahasa Indonesian and other languages. The problem will only get worse as opportunity on the Web grows. Good translation can be incredibly expensive and just slapping Google translate on content isn’t going to be the answer.

ViKi has an interesting, open-source-like solution for video, that could have implications for other kinds of content online too. It acquires the rights to a TV show or movie, and puts it on one of its channels and within the first 24 hours an organized, volunteer community has subtitled the content into twenty languages. In another 24 hours, there’s another 20-languages of subtitles. The company has played more than 1 billion streams of video and its community has subtitled more than 100 million words into 143 languages since its 2008 inception.

Its biggest edge may be its software, which allows easy real-time collaboration between hundreds of contributors, spread all over the world. “You can do a couple of words, go get some coffee and come back and a scene is completed,” says ViKi CEO and co-founder Razmig Hovaghimian. Translators work in teams, get to see their names in translation credits, and get to work on content they feel passionately about spreading to other cultures. ViKi’s software takes advantage of all sorts of ego, game theory, nationalistic and creative levers that push thousands of hard core users to do work that usually costs thousands of dollars per thirty-minute show for free.

I’ve been watching ViKi for a while and today it is announcing a $4.3 million Series A with some big names: Saar Gur of Charles River Ventures, Reid Hoffman of Greylock, Marc Andreessen of Andreessen Horowitz, Joi Ito of Singapore’s Neoteny Labs, and some well-placed individuals like Rajesh Sawhney, President of Reliance Entertainment in India and Alex Zubillaga, former global head of digital entertainment for Warner Music.

It’s an intense lineup and each of them was drawn to the company for a different reason, Hovaghimian says. Ito, for instance, was drawn to the Creative Commons-based  community translation, while Hoffman was drawn to ViKi’s potential to open up new markets for video in an incredibly cheap and fast way. And Gur was one of ViKi’s earliest supporters.

The small, eleven-person company has been geographically all over the place– a lot like its army of free translators. It was started at Harvard and is headquartered in Singapore now, with an office in Palo Alto. It moved to Singapore to take advantage of the small city-state’s two biggest strengths: Generous government backing and its role as an easy-to-navigate pan-Asian hub. The founders have spent the last two years doing licensing deals, mostly in Korea, where Hovaghimian’s other two co-founders are from. It’s expanding now with movies from Bollywood, Japanese anime, and South America’s telenovelas– typically doing licensing deals for distribution in every country except the one where the content was made.

What I love about this company is it’s in the middle of everything exciting about the emerging world: The artistic culture that defines it, the language that so often serves as a barrier to exploiting it and the massive opportunity of surging, middle class global eyeballs. It’s going to be exciting to see where this company goes and where it takes its audience.