As if they weren’t busy enough releasing the Chrome Web Store, the Chrome OS test drive, and inadvertently letting the first Google +1 image leak, Google had one more trick up their sleeve today: the new Google Groups.

The key to the new UI is a left-hand menu which gives you easy access to your groups, announcements, recently views groups, and your favorite groups. There are also a new variety of keyboard shortcuts. And profiles can now be more personalized and linked to Google Profiles. There’s also a new editor for adding new topics/discussions.

Google has also completely redone the mobile experience for Groups so that you can easily manage them on the go.

If you visit the Groups homepage, Google says that over the next week or so you should see a message to opt-in to viewing groups through this new UI.

“We’re excited about sharing these improvements with you, but this is just a start; we’re working on improved spam controls, moderation, search, and other freatures to make Google Groups the best way to engage in discussions,” Google notes in the Google Groups new announcement section.

If it seems like this is Google’s answer to the new Facebook Groups, remember that the upcoming Google +1 social product is also supposed to have a grouping mechanism (called “Loops”) tied directly in. Instead, it would seem that Groups is simply Google’s attempt to revive their increasingly spammy public forum area. 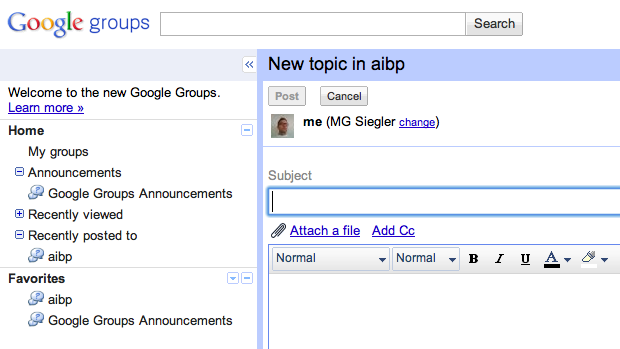 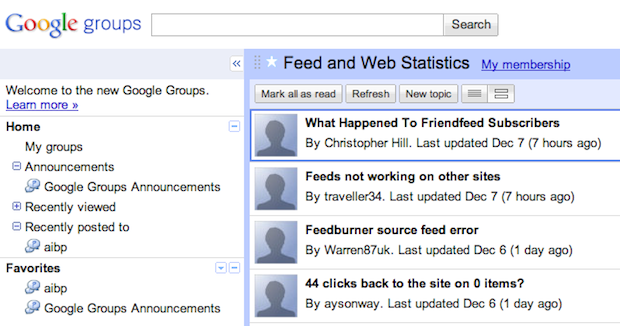