It’s a sad day for all of the contractors, cable guys, and plumbers of the nation today; this morning, Sprint put a time frame on the impending death of the iDEN network that currently powers its Push-To-Talk network, which so many handy-folk rely on on a daily basis. With the service bleeding customers at a critical rate ever since Sprint snatched up Nextel, we knew it was coming — but now we know when it’ll start…

The phase-out, according to Sprint, will begin in 2013.

On the upside, Sprint also announced that their new, shiny CDMA powered Push-To-Talk network, with its sub-second call connection times, should be rolling out by the third quarter of 2011.

Check out the chart chart comparing the perks of iDEN Push-To-Talk with its CDMA counterpart below: 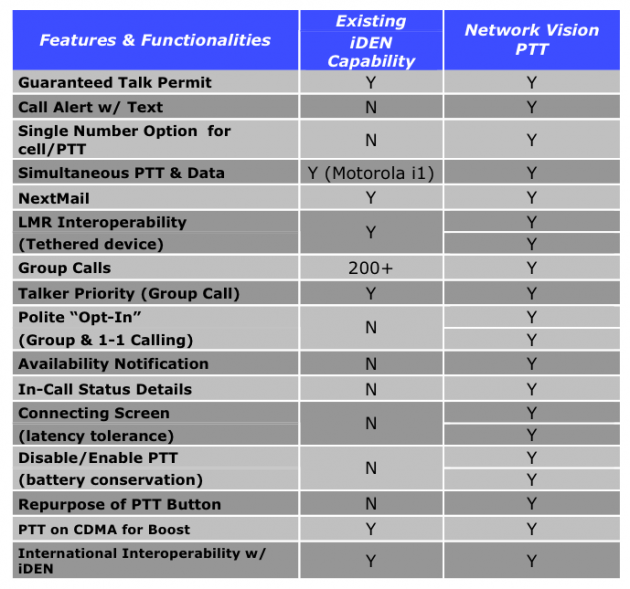