There was a good crowd at the TechFellows event tonight in San Francisco. I ran into a lot of people I don’t see all that often. Among them were two entrepreneurs that have made a ton of money by selling their companies in the last couple of years. They’re both working on a slew of new projects, and the way they’re doing it is fascinating.

What does a person do after becoming fabulously wealthy?

Sometimes the type A pirate personality that got them to where they are just doesn’t stop. They move on to a new challenge, and try for an even bigger win. They keep working, keep creating.

Sometimes they just retire out of tech. Maybe do some angel investing. Or buy a basketball team. Or a formula 1 racing team. Occasionally they go into politics, which never ends well. Brute force of personality doesn’t get stuff done in politics, these people usually fail at it.

Sometimes they vanish from tech entirely, never to be heard from again. We need a VH1-style “where are they now” show to track these people down. 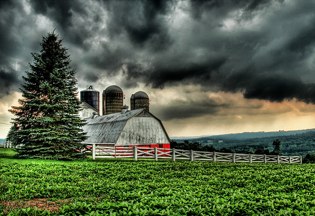 But I’m hearing more and more about people who are simply setting up an office somewhere close to their multi-million dollar home in Silicon Valley or San Francisco, hiring a handful of hackers, and just building stuff to see what happens.

In many ways it’s analogous to the gentleman farmer – someone who farms, sorta, but doesn’t really worry about profit because they are independently wealthy.

It doesn’t take much capital. You already have a name that will attract developers, or you pull them out of their old jobs working for you. A million dollars or so will get you an office and a handful of hackers, and keep them well paid for more than a year. Get someone really young who wants responsibility and they may even work for next to nothing in exchange for big equity stakes in their projects – sort of a modified Y Combinator model.

Then, you build. Whatever you want, for no other reason than you feel like it. Michael Birch, one of the people I spoke with tonight, is doing this through an entity he calls Monkey Inferno. He’s got gobs of cash from his $850 million sale of Bebo to AOL two years ago. His projects include an expansion of Birthday Alarm and Charity Water, which we wrote about here.

But Birch has quietly moved a political site, called Jolitics, into private beta in Ireland. Some details are here.

The other entrepreneur I spoke with tonight hasn’t given me permission to say his name. But he also had a multi-hundred million dollar exit recently. And his plans are much the same. Open up shop with a bunch of hackers and just build stuff. Some will turn into businesses, others won’t.

Having fun, helping the world and focusing on doing what you want seems to be the key differentiating factor with these guys. And the fact is that the same forces that are allowing startups to get off the ground for next to nothing these days – open source stacks, hosting and computing services like Amazon Web Services, and the ability to plug in services like Facebook Connect to make community building significantly less frictional than just a year or two ago. That means a couple of guys messing around with a crazy idea for a year while working for Michael Birch may just churn out something interesting. Something that may be a real business.