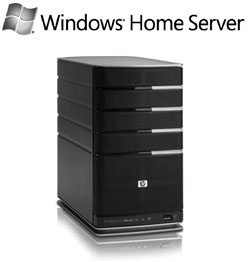 Windows Home Server is easily one of the best products to ever come out of Redmond. It brings most of the functionality of a full-fledged server without any of the hassle. OEMs like HP and Acer quickly jumped on the platform a few years ago and outed fantastic products lines centered around WHS that allowed nearly any consumer to set up a comprehensive back-up solution, media vault, and network-attached storage unit — all on a small form factor PC that sucks less energy than a traditional computer. It’s seemingly a winning product for Microsoft, hardware makers and even us consumers. But that perception is apparently wrong. Microsoft is now prepping the next version of WHS named Vail, which reportable does not include features and functions that previously defined the platform.

Of course these moves have caused the WHS server fan base to erupt in an Internet ragestorm fueled by confusion and abandonment issues. The thought that Windows Home Server is now dead in the water was further defined today when Microsoft confirmed reports that HP, which shipped the first widely adapted WHS, will not produce servers based on the next-gen OS. Dead, canceled, or some other name with synonymous lifeless might not be the correct description as Microsoft is clearly working on the platform, but the next version of WHS is seemingly different enough in its core philosophy and target demographic to warrant a name change or even death decree.

I’ve had a Windows Home Server running in my home since 2007. Before WHS, my server solution consisted of an older Windows XP box with a bunch of different network shares located across a large assortment of PATA hard drives. I think I had seven hard drives ranging in size from 80GB to 250GB stuffed in a full tower. The Drive Extender feature of Windows Home Server flawlessly created one virtual file system that allowed for network shares to span different physical drives. Setup is seriously just two clicks to add more hard drives. Sure, it’s just a JBOD system, but I’ve yet to lose a bit of data in the years I’ve run these servers since 2007. Even if there was an issue, Windows Home Server allows for multi-disk redundancy and drive duplication.

I found that the Drive Extender is just as useful in the off-the-shelf models from HP, Acer, and others. Want more add storage? Pull out one of the sliding hard drive trays, pop in a 2TB hard drive, slid it in, click a couple buttons and in a few minutes, your total storage capacity will be 2TB richer. The solution is completely software dependent and works on nearly any hardware.

But alas. This key feature is no more. Microsoft announced a few days ago that Vail will instead rely on hardware RAID solutions instead of a baked-in software solution like Drive Extender. On one side, using RAID natively will likely increase the data transfer speed, which, let’s be honest, has never been stellar in the current version of Windows Home Server. Transferring between drives or over even a gigabit network is often met with facepalm-type speeds, but the Luddite-simple setup and management still made WHS worthwhile.

Microsoft claims that the move was to increase network load efficiency and I welcome that cause. But Windows Home Server is not the right platform to remove a consumer-focused feature. If anything, Drive Extender with all its flaws was still the best reason to buy a one of the product. Hard drives are constantly dropping in price and increasing in size. Crafting a large, centralized household media vault is a non-affair with Windows Home Server. It’s something that anyone with the ability to open the cardboard box that holds a new hard drive could carry out in about seven minutes.

The Internet is currently speculating that Microsoft is transitioning Windows Home Server into more of a small-business solution. Fair enough, but why not have a separate build that gets rid of the DE in favor of RAID and not kill the support entirely? That’s what most fans are currently wondering over the last week along with whether the platform is simply drifting towards irrelevance.

Then came today’s announcement concerning HP’s MediaSmart line cancellation. These are the models that launched with the platform and suddenly, just days after word broke Drive Extender wasn’t going to be in the next version, HP killed off the line entirely. It’s like watching  Kobe Bryant leave the Lakers as a free agent days after Phil Jackson got fired. (As a Celtic’s fan, that would be my dream scenario, but the point is clear)

This leaves Acer and Tranquil PC as the two notable hardware partners although HP offered more WHSs than both of the remaining companies combined. Suddenly, just like that, the amount of potential Windows Home Servers on the market was cut in half, which seems to state that Windows Home Server is on the fast path to…somewhere bad. There’s always a chance that the Internet outcry will cause the powers at Microsoft to ether reinsert Drive Extender back into the platform or come up with a happy medium. If not, Windows Home Server might as well be dead because that’s how it will be viewed by the majority of its current fans and maybe even hardware partners.