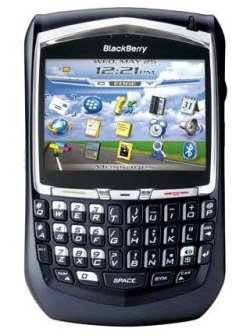 Web analytics company StatCounter has a knack for pushing attention-grabbing press releases based on data collected by its research arm, StatCounter Global Stats. This time, the company claims BlackBerry has overtaken Apple’s iOS in terms of mobile Internet usage for the first time in the United States in November (see chart below).

Based on aggregate data that the company says it has collected on a sample exceeding 15 billion page views per month, StatCounter claims BlackBerry OS last month, at 34.3 percent, effectively trumped Apple’s iOS, which recorded 33 percent in November.

BlackBerry’s US lead is not replicated in terms of worldwide share, according to the same StatCounter data. Globally, Symbian OS leads with 31.9 percent followed by iOS (21.9 percent), BlackBerry OS (19.3 percent) and Android (11.6 percent).

Besides the evident conclusion that developers should look at other platforms rather than focusing solely on building apps for iOS devices, StatCounter adds that, according to its research, Apple’s iOS has dropped from 51.9 percent to 33 percent from November 2009 to November 2010.

Based on its data, Android is rapidly gaining and has almost tripled Internet usage market share from 8.2 percent to 23.8 percent in the same period.

StatCounter founder and CEO Aodhan Cullen says, provided current trends continue, BlackBerry and Android combined are on course to become twice the size of iOS with regards to mobile Internet usage in the next year.

Microsoft’s new Windows Phone 7, meanwhile, hasn’t come up on the radar so far, but StatCounter says it’s keen on observing how it performs in 2011 and beyond.

For another analytics provider’s perspective, check out this post, based on Quantcast data: Android’s Mobile Web Consumption Share In The US Is Surging, iOS Share Dropping 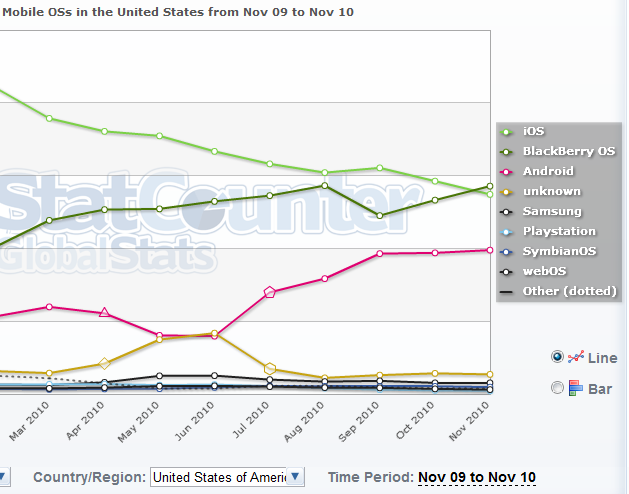