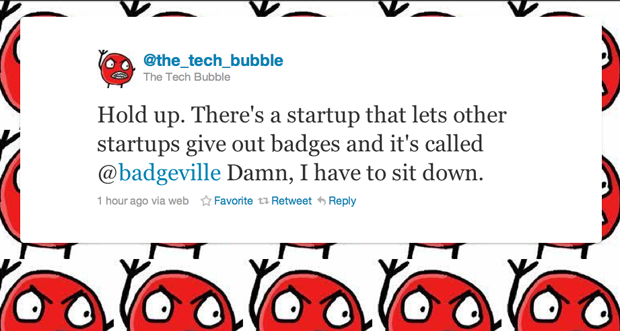 While it seems as though every other post we’ve written lately can be taken as evidence that Silicon Valley is currently in a very optimistic phase, “Facebook Now Worth $50 Billion In Secondary Trading” pretty much took the cake, until this one.

Perhaps a better marker of the “good times” tipping point than the rumored Groupon acquisition (AND the subsequent Groupon for Groupon spoof), the highly contested Tech Bubble of 2010 now has its own Twitter address at @the_tech_bubble. And judging by the timing of its first tweet, it looks like Mike’s astronomical Facebook valuation post inspired the account. In fact I’m not entirely convinced Arrington isn’t somehow behind this.

Hmmm. I see what you did just there. 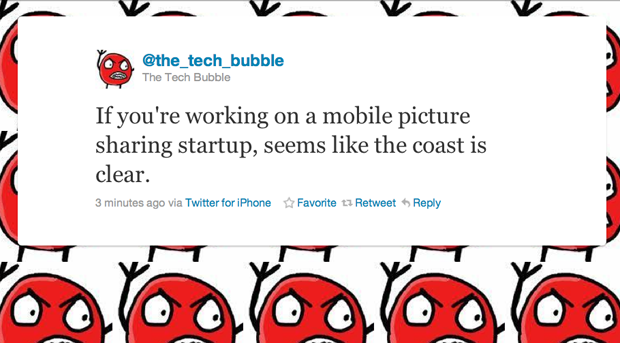