The Europas, the European Startup Awards, were held last night in London. It was the culmination of a month of online voting by the European tech startup industry for the finalists, where some 33,126 votes were cast across 23 categories, eight judges deliberated over the results and over 350 people paid to join the cream of Europe’s startups, VCs and entrepreneurs on the 31st story of stunning venue with amazing views over central London.

Here are the winners and finalists.

PHOTOS: A selection of photos appears further below, and are also available here and on Facebook here).

Winner of The Europas Grand Prix

Judges’ comment: With a hockey stick of revenue coming in from membership subscriptions, the cuddly Moshi Monsters game for kids is now forecasting a further $100 million in related merchandise next year in toys, trading cards, magazines and books. This is an outstanding European startup which is proving that you can scale a company multi-nationally from Europe. 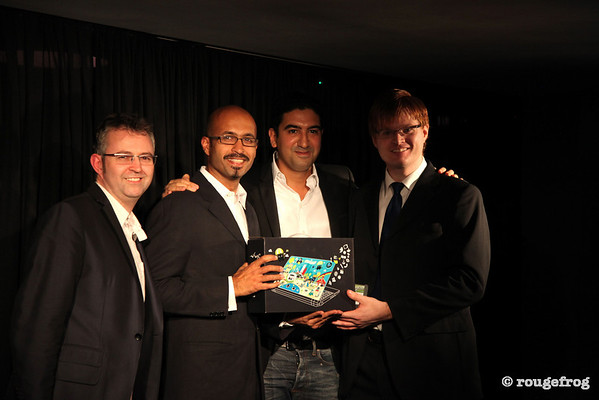 Judges’ comment: Flattr is disrupting the world of online content by providing a payment mechanism which could support a just about any site. If Facebook Like is the new Digg, Flattr is the new tipjar.

Judges’ comment: Tradeshift’s free invoicing tool is disrupting the world of invoicing and has the potential to change how economies operate.

Judges’ comment: With a board crammed full of academics expert in things like artificial intelligence and learning mathematics, Cognitive Match has a big future in advertising, an area which will be profoundly changed by platforms like this.

Judges’ comment:Whipcar is the world’s first peer-to-peer car rental service, and as such has the potential to change the nature of car use to one which is many times more efficient and ‘green’ than it is today.

Judges’ comment: By creating a SIM car anyone can use globally, and a service which cuts roaming charges, Maxroam has become the European startup entrepreneur’s SIM of choice, and deservedly so.

Judges’ comment: Few people can fail to be charmed by Errol Damelin’s boundless enthusiasm for startups, and his contribution to the scene remains strong even as he leads Wonga, which aims to revolutionise the UK’s huge consumer credit market, enabling people to manage their cash flow without the need for a long-term credit card dependency. Damelin was a unanimous choice of both the judges and the public online voting for this category.

Judges’ comment: Index Ventures continues to a be a strong force on the European startup scene. It’s establishment of Index Seed and work with Robin Klein at TAG has proven to be a boon to early stage entrepreneurs.

Judges’ comment: As an early backer of Last.fm, Stefan Glaenzer has continued his support for Europe’s startups, establishing, with Eileen Tso Burbidge and Robert Dighero, the new White Bear Yard incubator. Glaenzer’s breadth of investing across Europe, especially Germany and the UK, remains strong, and appreciated by startups. The Judges and the industry online voting were at one on this.

Judges’ comment: Sherry Coutu was an early pioneer of the tech startup scene in Europe, and now, as a key driver of Silicon Valley Comes to Cambridge, is also a prime mover of networking and advice to startups. Although one who’s natural instinct is to shun the limelight, Coutu is a highly respected mentor and advisor by all who meet her.

Judges’ comment: Barry Vitou and Danvers Baillieu are familiar faces on the London startup scene, but unlike the average lawyers, actually began given away advice to startups via their Bootlaw workshops. And startups from across Europe have been helped by their sessions, hence their deserved win in this category.

Judges’ comment: Seedcamp is perhaps the biggest pan-European startup programme to date. Starting three years ago, it’s gone on to become a massive contributor to the eco-system and now has an unrivalled network of mentors. Though others have appeared, Seedcamp was the first, and remains the one – under CEO Reshma Sohoni – the one to watch.

Judges’ comment: Tweetdeck started making sense of Twitter for ‘pro users’ only in 2008 but has since become a mainstream tool. Now aggregating a variety of social platforms, it’s extended to other devices and continues to innovate at a fast pace under CEO and founder Iain Dodsworth.

Judges’ comment: Betfair’s well deserved IPO was a highly on 2010 and proves that global, heavyweight startups can originate from Europe.

Judges’ comment: Codility is now the tool of choice for startups interviewing and filtering engineers across Europe – a well deserved award.

Judges’ comment: One of the most original startup in the world today, Spotify continues to attract debate. But one thing is clear – its users are hugely passionate about the service and it has the potential to completely change the music industry. Its European status is also assured, but it’s not stopping here on its path to attempt global domination. Definitely one to watch.

Judges’ comment: In a short space of time Layar has become a by-word for augmented reality on mobile and in creating a platform for other to innovate on Layar is well positioned for the future.

Judges’ comment: Having though deeply about fantasy games, the old HubDub team pivoted into sports and came up with Fanduel. They now have a smash hit on their hands. At the same time they are proving that you can run a startup that looks like it’s from the US, when in fact it’s from Europe.

Judges’ comment: Moshi Monsters are teaching kids via their cute cuddly creatures online and now turning into a global educational brand, with the virality of a Disney movie and the educational ethics of the world’s best teachers.

Judges’ comment: A platform which has been described as the Twitter of Facebook for Music, Soundcloud has scaled in Europe and is now assaulting the US market.

Judges’ comment: Brainient is at the leading edge of video advertising innovation, building tools that help agencies turn existing video ads into interactive experiences. Another one to watch in Europe.

Judges’ comment: Patients Know Best is handing the control of health care back to the people that matter the most – the patients. The judges felt that this was a laudible way to change society for the beter.

Judges’ comment: In assembling the world’s biggest database of spas, Wahanda is taking on the biggest players and disrupting in a huge niche. It’s further innovating with offers for its community. If Amazon had wanted to ‘do’ health and beauty, this is the way they would have done it.

Moonfruit has been providing DIY tools for people to design and build ‘Beautiful websites, simply.’ since 1999. To date 2.7m+ websites have been built by small businesses, communities, families, designers, crafters and freelancers who want to express themselves online without having to code. Moonfruit is passionate about creativity and simplifying technology for everyone. Our latest release Moonfruit 5.0 is not just a website editor, it behaves more like a graphic design package giving you control over the detailed design of your site. The Flash environment allows true drag and drop, point and click editing. You can layer, crop, animate, colour, apply transparency to objects on your page. You can also now add HTML widgets and social media tools to your sites. All sites are rendered in Flash and an alternate version in HTML. Moonfruit has been profitable since 2003 and grew 70% in 2009. Please go to www.moonfruit.com for more information.

Bootlaw is a free boot camp for emerging technology, internet and digital businesses and the professionals working in them who want to learn more about the legal issues they face. With over 600 members, it is the biggest law-related meetup on meetup.com and it is brought to you by lawyers Barry Vitou and Danvers Baillieu, the friendly technology specialists at Winston & Strawn in London. For more information go to www.bootlaw.com

Latitude is one of the largest and longest-established digital marketing agencies in the UK, with expertise in SEO, PPC, display advertising, social media, conversion analytics and affiliate marketing. If you’re just dipping your toe into digital marketing, take a look at some of our guides on our site. If you’re looking to appoint a new agency, or you think your existing agency could be performing better, read on. We can help you achieve the best possible ROI on your digital marketing spend, using a depth of experience and breadth of expertise that is unmatched in the digital marketing industry. Unlike traditional advertising and marketing agencies, our whole approach is built on performance. The results we deliver for our clients speak for themselves – take a look at What we’ve done. We’re confident that we can make a difference to your bottom line. In fact we’re so confident that we offer many of our clients performance-based pricing. We are different from many digital marketing agencies because we believe the best results are obtained with the right combination of people and technology. Relying too heavily on one or the other means you’re likely to miss a trick. We are technology agressive. We don’t use just one type of software or provider, but based on our experience we choose from the wide range available to provide the very best solution for each client. Read more about our approach to technology. However, we think the real value is in our people. We make our money from insight and performance, not data. People bring a depth of knowledge, experience and analysis that technology alone can’t bring – and you’ll see the difference in your bottom line.

Fidelity Growth Partners Europe is a venture and growth capital investor which backs entrepreneurial companies in the IT and clean technology sectors across Europe. By combining a collaborative partnership within an international network FGPE supports portfolio companies as they accelerate their growth and become leaders in their fields. Building on Fidelity’s 40 year heritage of venture investing, the firm has established a significant presence in Europe and invested in some of the market leaders such as Seatwave and Curam Software. In January 2010, FGPE raised a £100 million fund dedicated to backing European technology companies.

TechHub (@TechHub on Twitter) is the new hub for the technology community. Just 10 seconds walk from Old Street tube station, TechHub London is aimed specifically at technology entrepreneurs, startups and developers. Inside London’s main technology cluster and close to the financial heart, it offers affordable permanent desk spaces, a large member-based co-working area, meeting rooms for hire, a large board room and a conference/event space for up to 200 people. You can work all day on the 100mbs WiFi and connect with a great community of TechHub members. TechHub runs its own events as well as being available to hire for tech or developer events, conferences or meetups. Members are already joining TechHub from all over Europe, Silicon Valley, the Middle East and Asia to use TechHub as a base when they’re in London and we’re arranging Member discounts at some of the great bars, restaurants, cafes and hotels in the area too. TechHub facilities include: 30 permanent desk spaces for monthly hire, 100 pre-bookable co-working spaces, meeting rooms for hire by anyone (discounted for TechHub members), A/V, whiteboards, kitchen facilities and printing. Permanent deskspaces come with wifi/wired data, power and a mailing address. Contact us here. Join the mailing list to get regular updates here. Address: TechHub, Ground Floor, 76-80 City Rd, London, EC1Y 2BJ. Old St tube (exit 5) and a short walk from Moorgate Tube, Liverpool Street mainlines station, and close to taxis and buses. 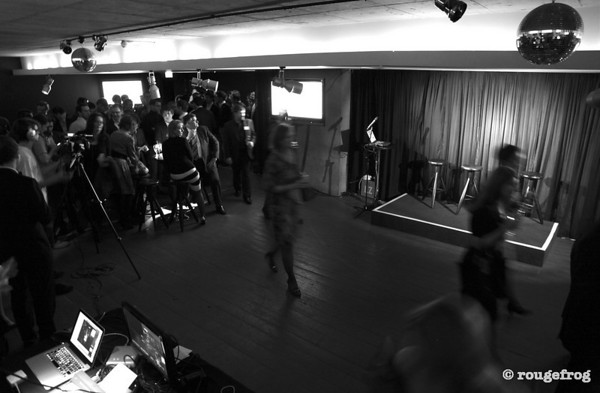 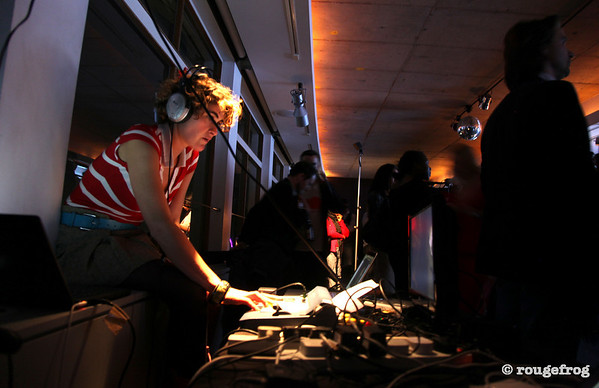 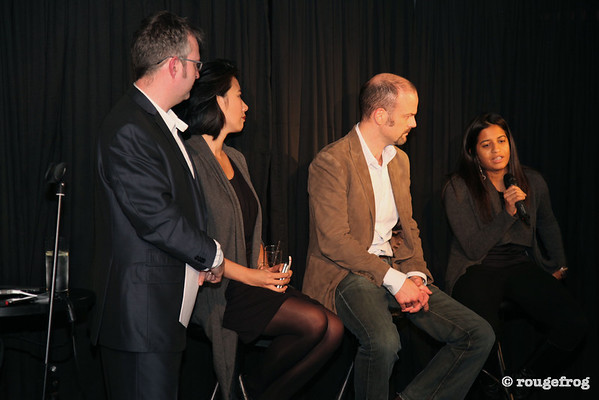 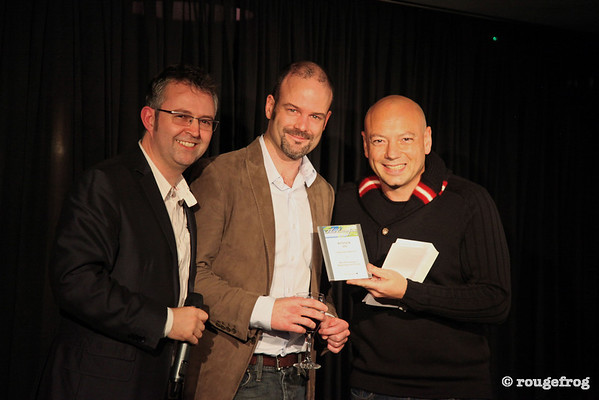 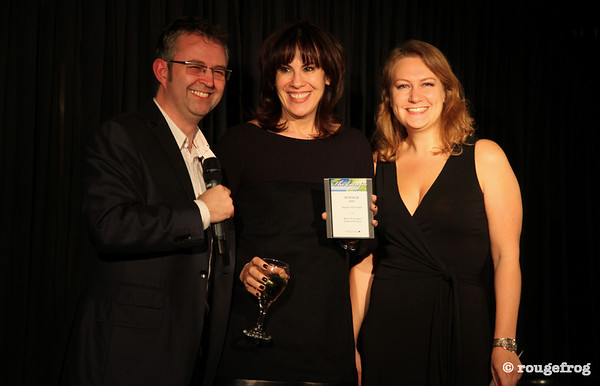 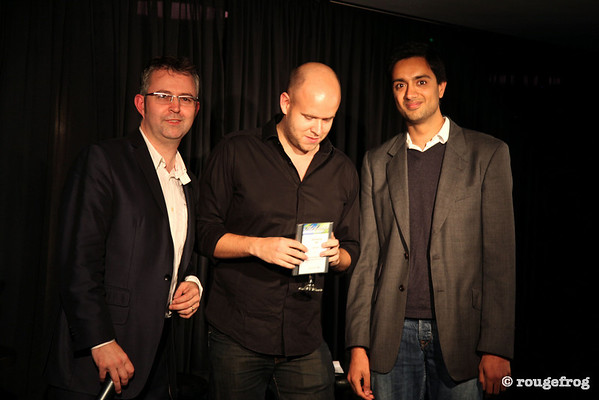 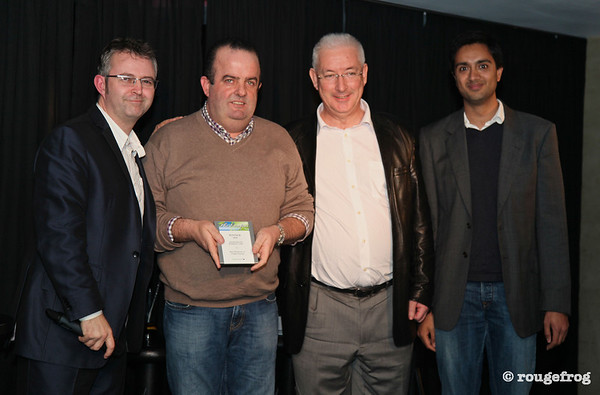 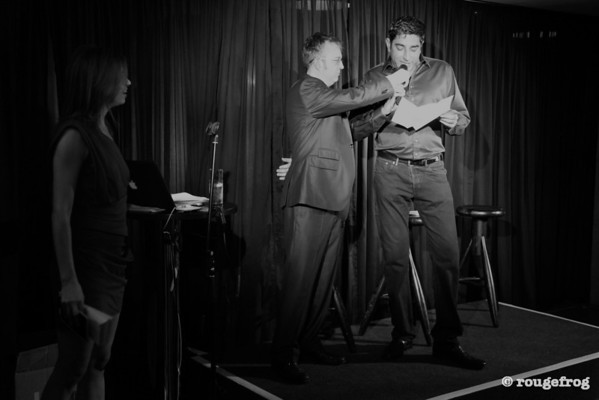 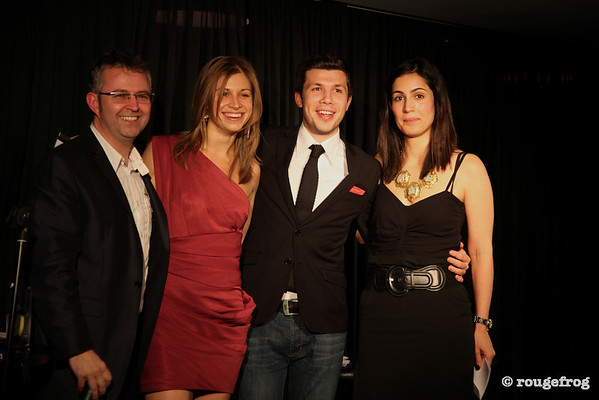 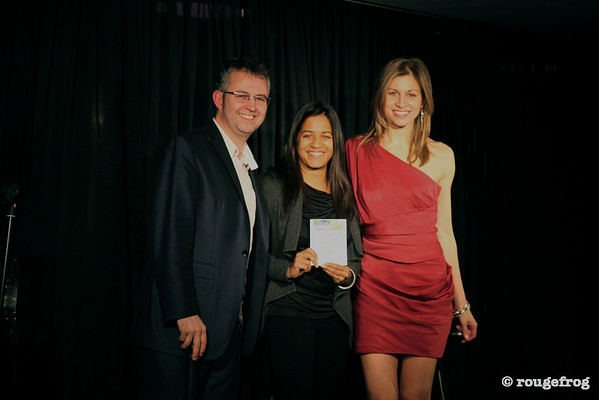 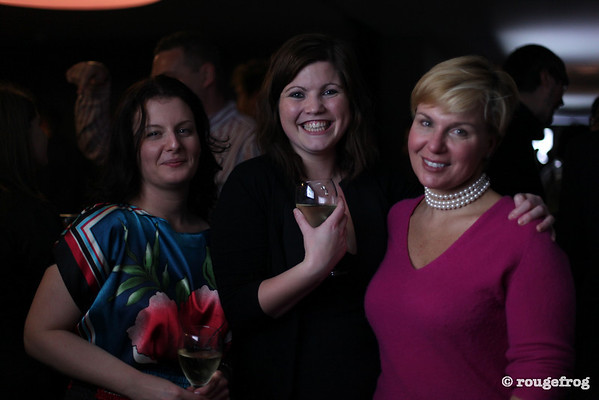 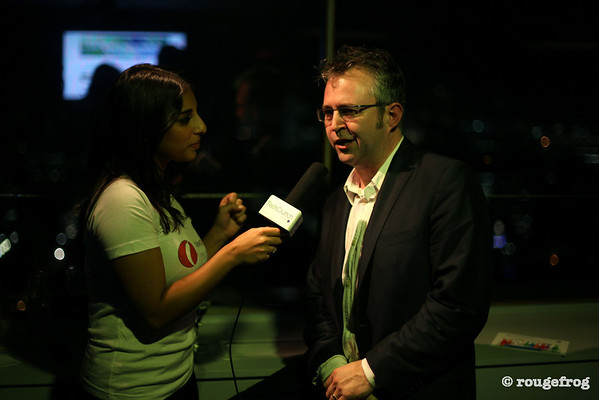 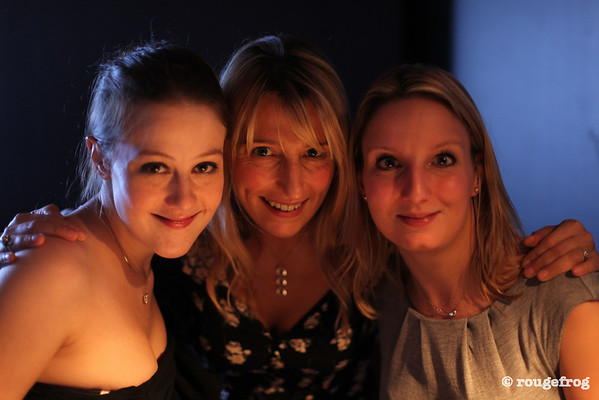 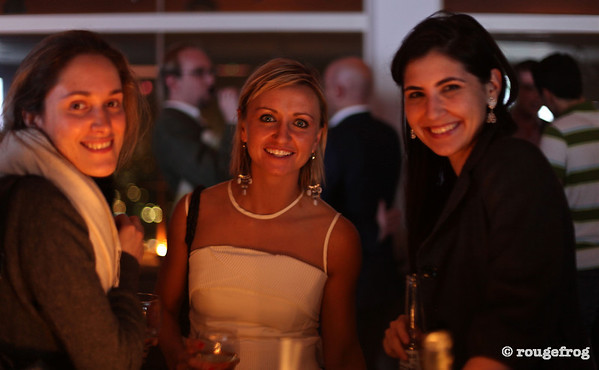 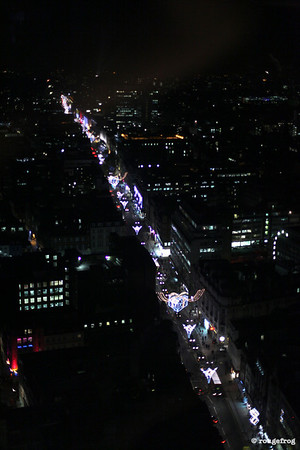