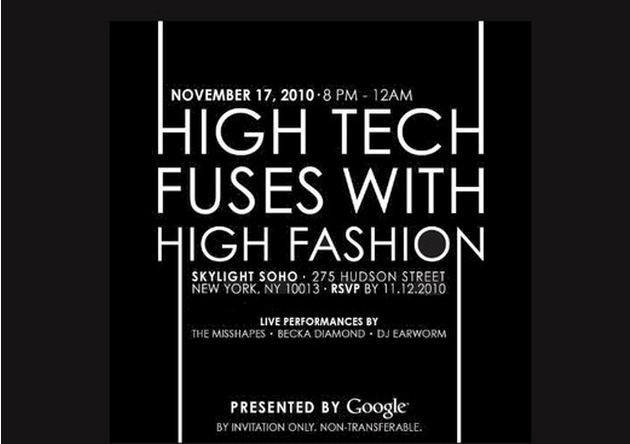 Fashion bloggers are busily spreading the news that many of them have received an invitation from Google to attend an event in New York City next Wednesday evening. ‘High Tech Fuses With High Fashion’, the invitation reads.

The invitation doesn’t include any other clues as to what the event is all about, but journalist and “fashionalyst” Patty Huntington this morning pointed out that a tweet from an anonymous NY fashion PR revealed part of what’s coming late last week.

According to Huntington, Google will be entering the online fashion retail arena, helped by the technology and know-how it gained with the acquisition of visual search technology company Like.com last August.

Huntington adds that the fashion ecommerce site will be called Boutiques.com (the domain name is owned by Like.com but the website is password-protected):

Well frockwriter can fill in a few blanks. Our sources say that the new Google fashion initiative is called Boutiques.com and boasts not only online boutiques selling merchandise offered by various designers and retailers, but a large number of curated “boutiques” selling the looks worn by celebrities and other influencers.

This is line with earlier reports (WSJ) that Google is poised to upgrade its shopping site Google Product Search (once called Froogle) to compete more fiercely with the likes of Amazon and eBay.

If the rumors check out, the launch of a fashion-specific comparison shopping site pits Google squarely against eBay first and foremost.

The latter has steadily been ramping up its fashion offerings lately: the company released an iPhone app for the vertical, a one-stop-shop for all things fashion on its marketplace dubbed eBay Fashion and a flash sales site that sells designer clothes at discounted prices called FashionVault. eBay also launched a site that showcases street style of eBay shoppers, called LookBook. 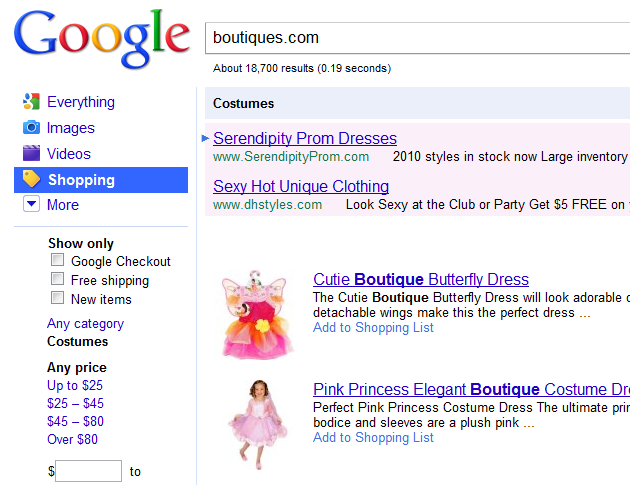