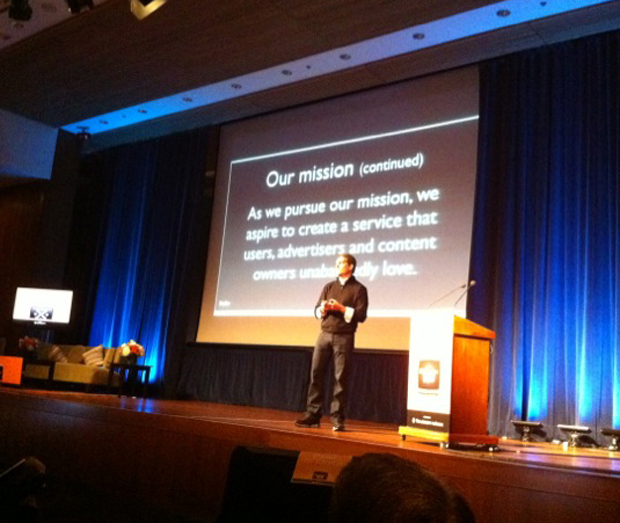 Here at the GigaOm NewTeeVee conference in San Francisco, Hulu CEO Jason Kilar just dropped some interesting and some perviously unreported Hulu stats, including the fact that the ad and subscription supported content service now has 30 million users monthly and estimates it will rake in $240 million in 2010, more than double its $108 million revenue in 2009.

Kilar broke down industry-wide revenue patterns further, saying that $0.41 of every dollar generated from video content is from advertising and $0.30 is from subscriptions. Kilar also revealed that the 36 month old service now has 260 million content streams, 800 million ad streams and over 235 content partners and 352 ad clients.

When asked by Om Malik whether these impressive revenue numbers would speed up an IPO for Hulu, Kilar said, “That’s the one thing I’m not commenting on.”

IPO or not Kilar is committed to making sure that the future of TV means that the consumer can watch what they want, when they want, whenever they want it, “You don’t get to $240 million dollars in 36 months without very strong focus.” 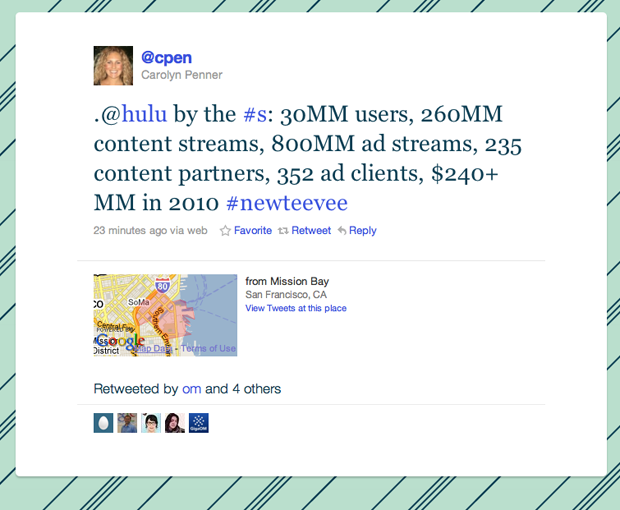