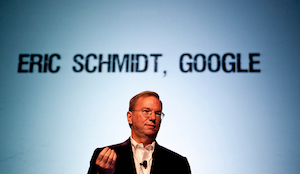 Earlier this evening, Henry Blodget of Business Insider reported that a “loyal reader” told them that Google was giving all employees a $1,000 holiday cash bonus and a 10 percent raise starting on January 1, 2011. If true, that’s a very significant gesture likely to the tune of well over a billion dollars (though dampened a bit by a roll back of certain other bonuses). Usually with these types of stories, Google doesn’t bother to respond or simply gives a “no comment.” But I decided to ask anyway. And the answer is far from a denial.

“While we don’t typically comment on internal matters, we do believe that competitive compensation plans are important to the future of the company,” a Google spokesperson tells us.

So while that’s not a “yes”, it’s just about as close as you can get to a “yes” without saying “yes”. And it’s definitely not a “no”, which if they were willing to comment, you’d think they’d say if the story weren’t true. In other words, it seems as if Blodget’s source is accurate.

And that makes sense given what we reported back in September: that Google was making “extraordinary” counteroffers to stop the flow of employees to Facebook. Google had a great year and is awash with cash, they can afford to give their employees some nice pay bumps in order to make sure they’re happy. But it’s still a little crazy that they’re giving all of them this 10 percent pay hike.

In previous years, for example, all many Googlers got was a G1 phone. Those retailed for $199 and cost Google far less than that, obviously. So yes, this is a significantly nicer gift.

I’m pleased to share some very, very good news with Googlers worldwide. But first let me say, on behalf of everyone on the management team, that we believe we have the best employees in the world. Period. The brightest, most capable group of this size ever assembled. It’s why I’m excited to come to work every day–and I’m sure you feel the same way. We want to make sure that you feel rewarded for your hard work, and we want to continue to attract the best people to Google.

So that is why we’ve decided…to give all of you a 10% raise, effective January 1st. This salary increase is global and across the board–everyone gets a raise, no matter their level, to recognize the contribution that each and every one of you makes to Google.

There’s more. We’ve heard from your feedback on Googlegeist and other surveys that salary is more important to you than any other component of pay (i.e., bonus and equity). To address that, we’re moving a portion of your bonus into your base salary, so now it’s income you can count on, every time you get your paycheck. That’s also effective January 1st. You’ll be receiving an email shortly with further details about these changes to your compensation. And one last thing…today we’re announcing that everyone will get a holiday cash bonus, too.

Googlers, you are what makes this company great, and our goal here is to recognize you for your contribution, in a way that’s meaningful to you. Thank you for all that you do, and for making Google a place where magic happens.