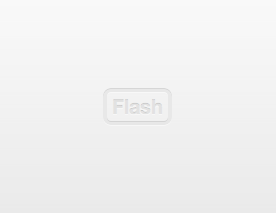 Adobe Flash is under attack again. And you know what that means. Time for more complaining.

Today, Adobe CTO Kevin Lynch spoke with Fast Company about the most recent Flash controversy the company has had to deal with. Last week, a report revealed that the lack of Flash on the new MacBook Air may save as much as 2 hours of battery life on that machine. Several subsequent reports noticed the same or similar things. Lynch’s response? “It’s a false argument to make, of the power usage. When you’re displaying content, any technology will use more power to display, versus not displaying content.”

But the real issue here isn’t really using Flash to display content. It’s that when Flash is just running in the background on websites, it is biting off a huge chunk of battery life — up to 33 percent. That’s ridiculous.

Lynch continued, “If you used HTML5, for example, to display advertisements, that would use as much or more processing power than what Flash uses.” That’s a pretty bold claim. Conveniently (likely for Lynch), it’s also pretty much impossible to test since very few web ads currently use HTML5.

The fact of the matter remains that various reports are showing this Flash/battery life issue to be a very real one. If you simply don’t have Flash installed on your machine, you will see much better battery life. I haven’t done any thorough benchmarking, but so far, when using Safari versus Chrome (which has a version of Flash baked-in) on the MacBook Air, I’ve noticed a bump in battery life as well. Further, Flash is the only thing that ever makes that computer run even a little hot.

This hardly surprises me as that’s pretty much been the case on every Mac I’ve owned for the past several years. On my i7 iMac with 8 GB of RAM, Adobe Photoshop runs fine. Light video rendering? No problem. Flash? Fans kick on and the machine gets hot as hell.

Sure, you can argue that the issue is at least partially Apple’s fault as hardware acceleration isn’t as easy to come by on Macs. But this doesn’t change the very real issue which Lynch is calling a “false argument”. Further, none of this even addresses that for most of us, the only time anything ever crashes on our machines is due to Flash.

Adobe has had years to fix these issues. Now as the web’s reliance on Flash is drying up, Adobe is resorting to weird gimmicks (like their silly “ad” campaign), complaining, and some FUD.

“I just think there’s this negative campaigning going on, and, for whatever reason, Apple is really choosing to incite it, and condone it,” Lynch told Fast Company. But this battery life issue has absolutely nothing to do with Apple. The site Ars Technica stumbled upon the issue in their review of the new MacBook Air. Apple hasn’t said one word about it.

“I think that’s unfortunate. We don’t think it’s good for the web to have aspects closed off–a blockade of certain types of expression,” Lynch continued. Ah, the old “open” argument. When all else fails…

In this context that’s just ridiculous. You still can install Flash on any Mac — including the MacBook Air. The real issue in this particular case is that you probably shouldn’t if you value a stable system and battery life.

Again, to that, Adobe’s response seems to be: if you want to save battery life, don’t turn on your machine.