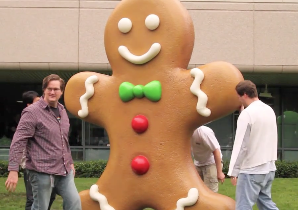 Google had originally wanted to launch the Nexus Two device alongside Android 2.3, the next release of their mobile operating system, also known as “Gingerbread”. That’s not going to happen. The Nexus Two has been delayed. But it appears that Google is full steam ahead on the Gingerbread release. In fact, it may be hitting the Nexus One in the next few days.

This news comes by way of a tweet today from one Alvaro Fuentes Vasquez. While Vasquez’s Twitter profile may not show much, his LinkedIn profile reveals that he’s on the “leadership team” of the Open Handset Alliance, one of the governing bodies backing Android. In other words, this guy should know what he’s talking about.

That translates (roughly) to:

Prepare your Nexus One (Developer version) for Android OTA update 2.3 (Gingerbread) in the next few days:-D

This news, spotted by the blog Android Police, goes along nicely with the rumors from last week that Gingerbread would land on November 11. For those keeping score at home, November 11 is this coming Thursday — a few days away.

The Nexus One roll-out plan also goes along with the way Google rolled out Android 2.2, late at night back in May. Further, a strange Flash Player for Android note seems to suggest an Android update is imminent as well.

And remember, a couple weeks ago, the Gingerbread Man landed at Google HQ.