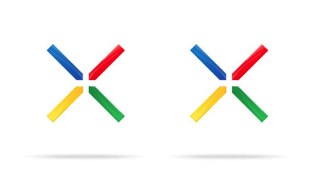 Google is working with Samsung on a new Android phone that will have a “clean install” of Android, and the release was at least initially planned to coincide with the launch of Android 2.3 Gingerbread.

The fact that the device will have a clean version of Android is why people are excited, and calling it the “Nexus Two.” The Nexus One was a clean install Android device that Google sold directly to customers. The additional layers of software carriers and handset manufacturers put on their phones are generally a mess, in our opinion, and detract from the user experience.

One thing that we’re certain about is that the Samsung press event on Monday, November 8 isn’t (and never was) a launch of the Nexus Two, despite rumors that it was. Those rumors weren’t all that ridiculous, though. Samsung will be unveiling a new Android phone on Monday, it’s just not this phone.

The phone was set to be launched imminently, perhaps on November 11. But we’ve heard that during dogfooding a serious hardware issue was discovered and that the phone will be delayed while that issue is fixed. We don’t know how serious the issue is, or how long it might take to remedy.

The phone, though, is a beauty, we’ve heard, as is Gingerbread.