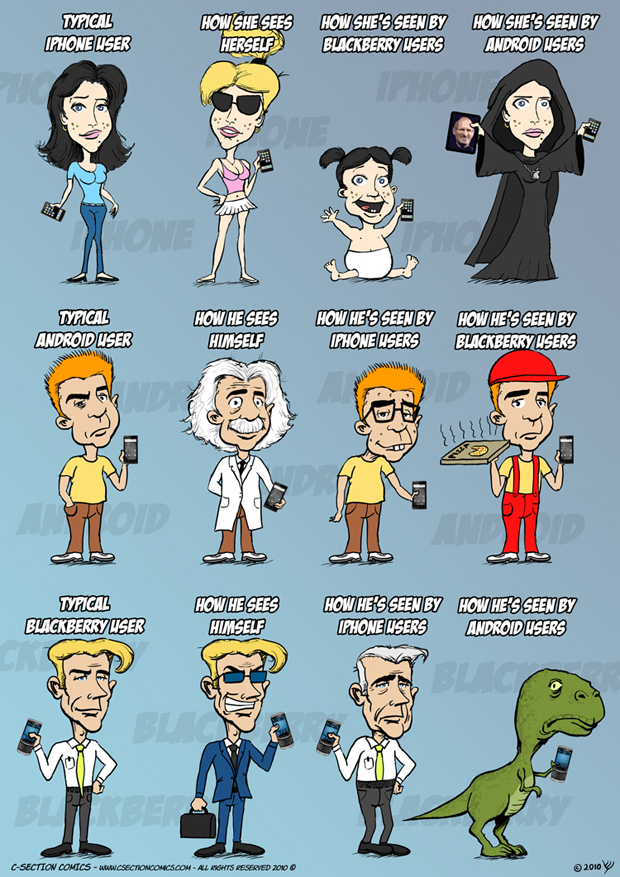 Sometimes the guys in our office like to get in stupid fights about phones. Yeah I know they do it on the blog, but they also do it in private as well times 1000. It is essentially the song that never ends, with Mike Arrington and Jason Kincaid erring on the side of Android and MG well, sigh.

Here’s Arrington’s take on one such fight that happened today:

“Earlier this evening in the office Jason Kincaid and I, both Android users, asked MG yet again why he won’t admit the iPhone flaws. He said ‘As soon as there’s a better phone, I’ll buy that one instead.’ I pointed out that the iPhone doesn’t actually make calls with any reliability, and he said, seriously ‘It doesn’t need to. I use the phone mostly for apps and browsing, not calls.’

My response – if it actually made calls, perhaps that wouldn’t be true. He then threw something at me and stormed out of the office. True story.”

While I’m sure it exists, I’ve never seen a girl get in a pissing match over a phone. But apparently our phone choices have become a huge part of our identity no matter what our gender, hence the above comic.

And while I would not throw down for my iPhone 4, I have to say that the comic is pretty accurate, especially the dinosaur part.