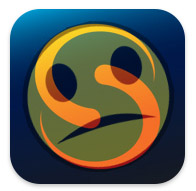 Didn’t get a chance to check out the Flash-friendly-ish SkyFire browser when it went live in the iPhone App Store earlier today? Sorry Charlie, it’s gone — and not because Apple decided to reverse their approval.

Truth be told, the problem SkyFire’s having is a good one: too many users, too fast. Though they’ve presumably been prepping the backend for a few months in anticipation of going live on iOS, they just weren’t able to keep things stable as the onslaught of users rushed their server.

As a result, the video quality of any transcoded Flash videos plummeted. Rather than providing a bunch of newcomers with mediocre-slash-bad service, they decided to nix the app from the store until they can get things back up on stilts. Expect it to trickle back in sometime within the next few days — but until then, our hands-on preview will have to do.