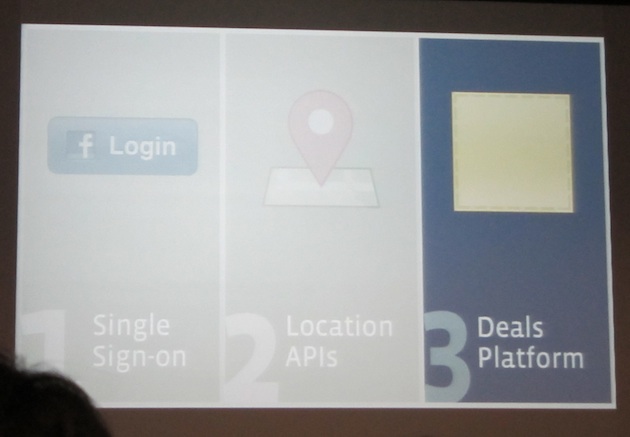 Today at Facebook’s event in Palo Alto, CA, the company had a lot to say about their mobile platform. Yes, they had updates to their Android and iPhone apps. And yes, the company implemented a new single sign-on process. And yes, they unveiled a new location write API. But the thing they announced that may have the biggest impact is Deals.

There has been a lot of talk about Facebook launching a Deals product ever since talk about them entering the location space began. Some people were disappointed when Facebook Places launched without any deals. Well, they’re not going to be disappointed anymore.

Facebook is launching Deals with 22 premium partners today. And they’ve giving 20,000 small and medium sized businesses on Facebook access to their new simple Deal creation tool. So what are some of the deals?

The social element is key to these Deals. There will be a way to share deals with your friends. You can check-in somewhere and tag your friends so they all get the same deal. This is very nice. 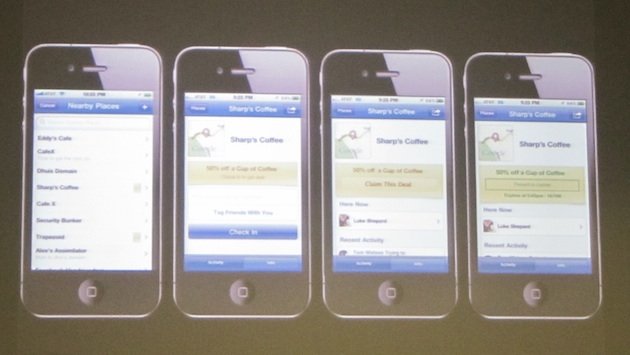 And claiming these deals is as easy as two clicks.

It will be very interesting to see what this means for smaller location services like Foursquare, which has been ramping up these types of deals in recent months. Will it be a case of all ships rising or everyone going over to Facebook?

And here’s another key: Facebook CEO Mark Zuckerberg noted that Facebook is not getting paid at all for these deals. They’re just doing them because they’re great for users and businesses who use Facebook. (He did leave open the possibility that some partners may choose to advertise with Facebook, but that’s not the main intent.)

Again, this could spell trouble for rivals. Many of them began by offering free access to deals with the intention that they might get paid for them eventually. But who would pay another service for this when Facebook is offering it for free? And Zuckerberg noted today that Places is already several times larger than any other location-based service out there — something which is pretty amazing considering it has largely been iPhone-only up until now.

Also interesting: what does this mean for Google? They are also pushing hard to ramp up Places.

Facebook noted that in the next couple of months the Deals tools will roll out to all Facebook page owners. Currently, Deals will be U.S.-only for now, it will roll-out internationally over time. 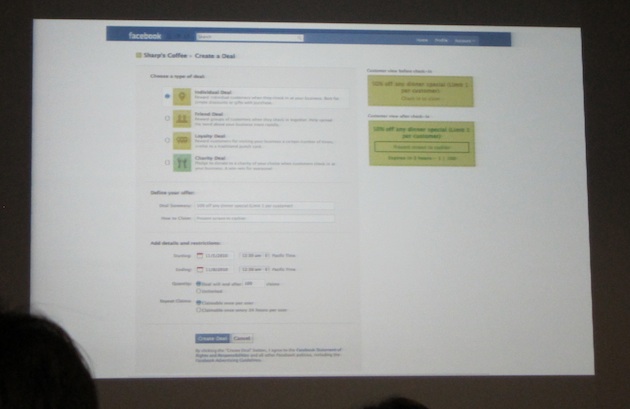 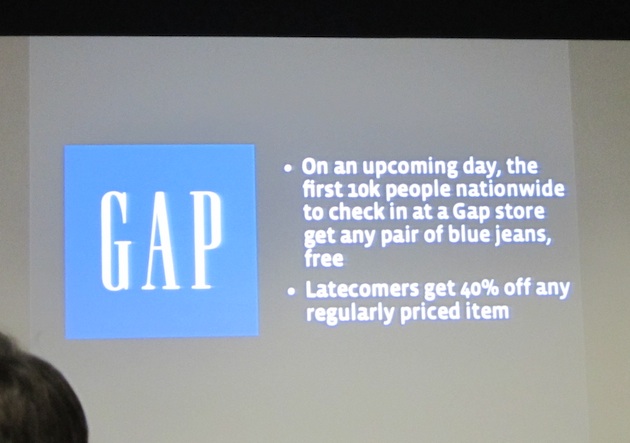